Microsoft confirmed Office Communications Server (OCS) has grown by double digits every year for the last three years and is one of the fastest growing servers at Microsoft. Today, more than 70% of the Fortune 100 companies are using OCS internally.

Microsoft did not confirm exactly when Office Communications Server "14" will be available apart from that it will be released "later this year". 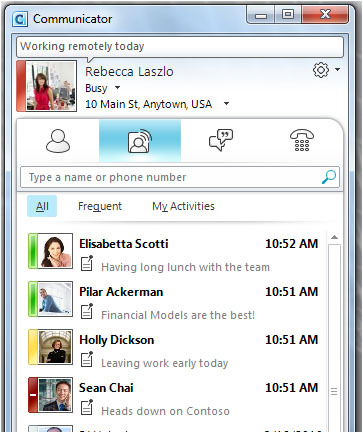