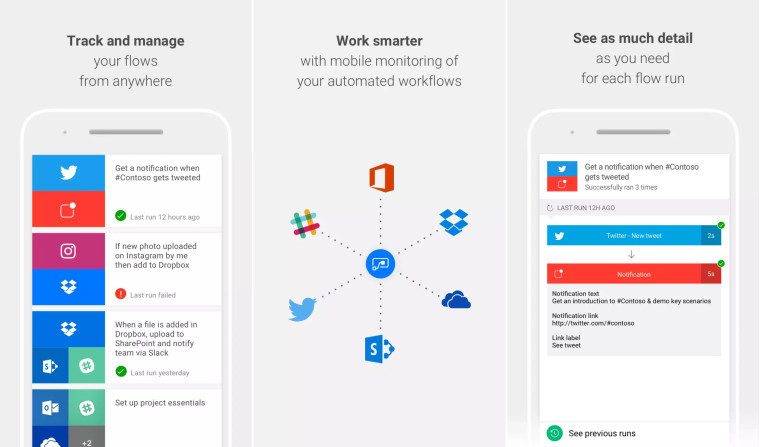 Back in April, Microsoft launched the public preview of Flow, an IFTTT-style conditional workflow management tool for the web. Last month, an iOS app for the service was also launched, and now it has been made available on the Google Play Store for Android users to test.

Users having a valid work or school account registered with Microsoft, can use the application, since the core service hasn't been opened up to the public yet. Using Flow, users can set up various triggers and actions across various supported services. Some of the services seen in the app's Play Store listing include Slack, Twitter, Facebook, Instagram, OneDrive, Dropbox, Microsoft Office and SharePoint. 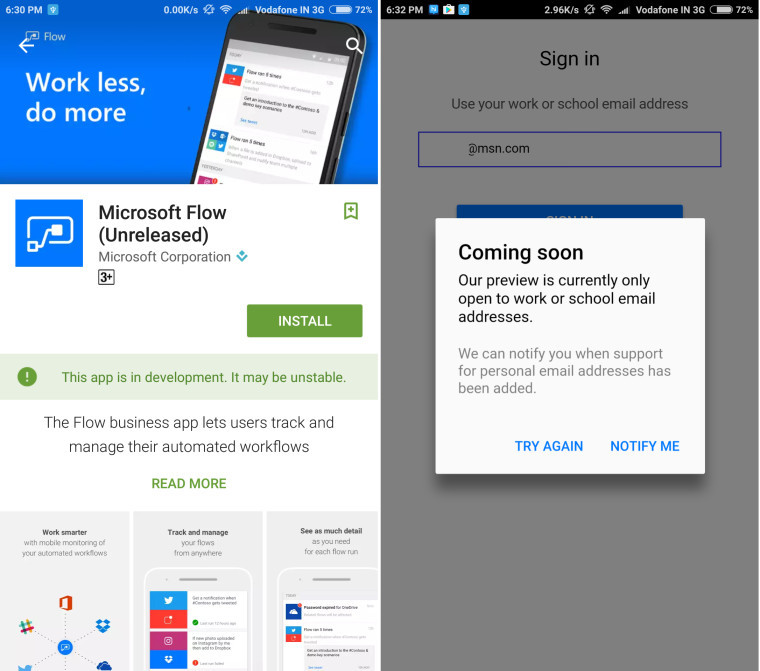 The company has also provided examples of tasks that can be automated using the application. There seem to be many ways of integration possible with the app in its current state, and the features supported by the app are as follows:

Those who wish to try the application can head to the Google Play Store now and register as a tester for the app.

Thanks for the tip WalkingCat