Microsoft's launch of the Windows 8 version of "Halo: Spartan Assault" in July has proven to be a popular game from the Windows Store, and now the company is planning to give away a number of Surface Pro tablets made to promote the game. 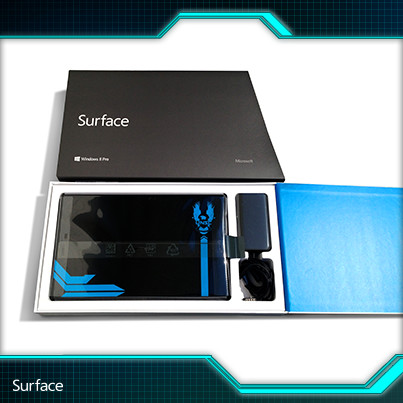 Today, Microsoft announced a new contest that will give 10 people a chance to each win a special version of the 128GB Surface Pro tablet with a "Halo: Spartan Assault" skin. Microsoft gave away some of these Surface Pro models last month at the San Diego Comic-Con but apparently they had a few left over.

Our #HaloSpartanAssault contest gives you a chance to win 1 of 10 #Halo skinned #Surface Pros! Starts 8/21: https://t.co/rLWNArSfqH

The contest, which is open to U.S. residents 18 years old and older, will begin at 10 a.m. Pacific Time (1 p.m. ET) on Wednesday. Microsoft says they will post a question on the @Surface Twitter page at that time that's related to why people might think Surface is the best tablet. Microsoft says:

Your reply to our question should be no longer than 130 characters and must include @Surface and the hashtags #WinSurface and #Ad. To help maximize your character space, you can get super creative and post a video, picture, or blog link in your Tweet to help you with your answer.

The contest ends at 11:59 p.m. Pacific Time on Thursday. After that, a team of judges at Microsoft will determine the winners which will be announced on Aug. 30.