Halo: Reach goes on sale around the world tomorrow and despite being the most anticipated game release of the year, Microsoft is making sure as many people as possible know about the game. Early this morning in London, the Xbox team put together a rather impressive, albeit short, demonstration for the new Halo game. 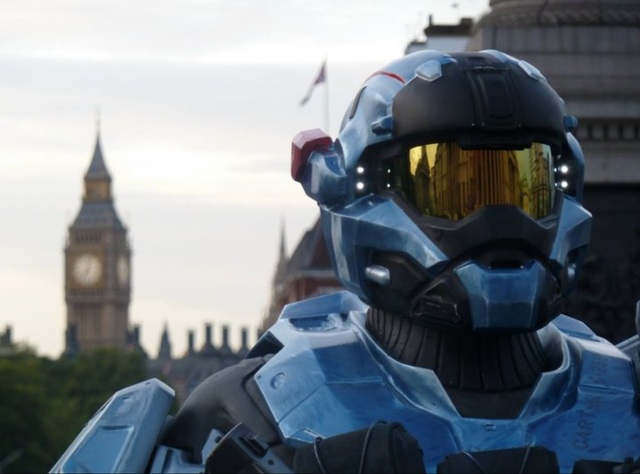 A jet packed Spartan flew over Trafalgar Square this morning to celebrate the launch of Halo: Reach tomorrow. Two other Spartans stood guard in the square whilst a collection of early waking civilians watched the event.

There is also a gallery of pictures from the event on Facebook. 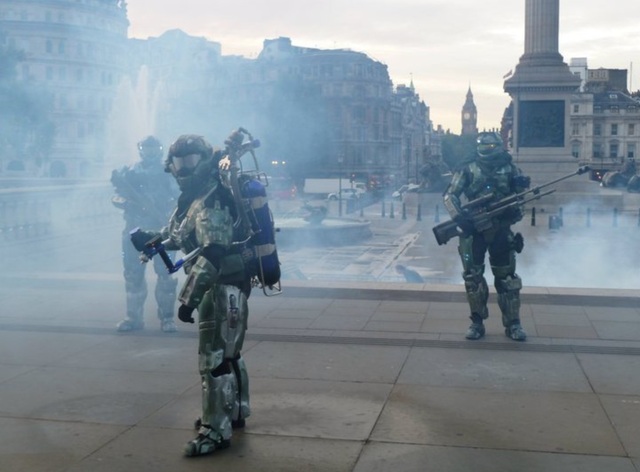 This advert for the game follows some other adverts that Microsoft UK have been working on such as some very large, hand painted posters that have been adorning the outside of some tall building across the country.

With the launch of the game tomorrow it is thought Microsoft might still have some impressive advertising ideas up their sleeves to ensure the game has a very large and high profile launch.

Halo: Reach is only available for the Xbox 360 and will be released on 14/09/2010. The game marks the last episode in the Halo franchise that Bungie will work on, Microsoft still hold the rights to the gaming franchise but haven’t announced any plans for future games. Last month Halo: Reach leaked out allowing anyone to play the game a month early, however it is thought very few people have downloaded and played the game after Microsoft announced severe punishments for anyone who did.

Update: Xbox UK have released a longer video with behind the scenes interviews from this morning Microsoft have since removed this video.