Microsoft is teaming up with the virtual animated band, Gorillaz, for the launch of Internet Explorer 9 beta.

It's not yet clear whether the Gorillaz will be performing live at the event or if they have prepared a specially crafted cartoon for Microsoft. The band have struggled to hold live performances in the past. According to band member Murdoc Niccals, the group have gone through a number of different incarnations on the live stage. "At one point we appeared as holograms, but that didn’t really work," he told The Irish Examiner last month.

An early screenshot of the Internet Explorer 9 UI leaked out last month when Microsoft's Russian PR team accidently published it on a blog. Microsoft originally unveiled Internet Explorer 9 at PDC 2009. IE 9 will take advantage of the power of the GPU for all page rendering and developers can exploit this using CSS, DHTML and javascript. A new JS engine (codenamed Chakra) will also be built into Internet Explorer 9 with greater interoperability and standards support all round. Features such as rounded corner CSS support will be built in. In January, Neowin revealed that Microsoft is planning to enhance tabbed browsing in IE9. According to a software patent, the Quick Tabs feature in Internet Explorer is likely to be enhanced with better functionality and greater tab management options.

Microsoft is also planning broader support for HTML5 in Internet Explorer 9 through its new script engine. Microsoft recently performed W3C Web Standards tests on IE9, including HTML5, SVG 1.1 2nd edition, CSS3 media queries, CSS3 borders & backgrounds, CSS3 selectors, DOM level 3 core, DOM level 3 events and DOM level 2 style. Microsoft, with the help of W3C, performed a total of 2,138 tests on a variety of browsers. Internet Explorer 9 scored above 90% in average across all tests, while every other browser, except Safari 5 and Chrome 5 didn't come close to scoring 90% or above in any of the test categories.

Microsoft will hold the Gorillaz themed event on Wednesday at 18:30 GMT in London, UK. 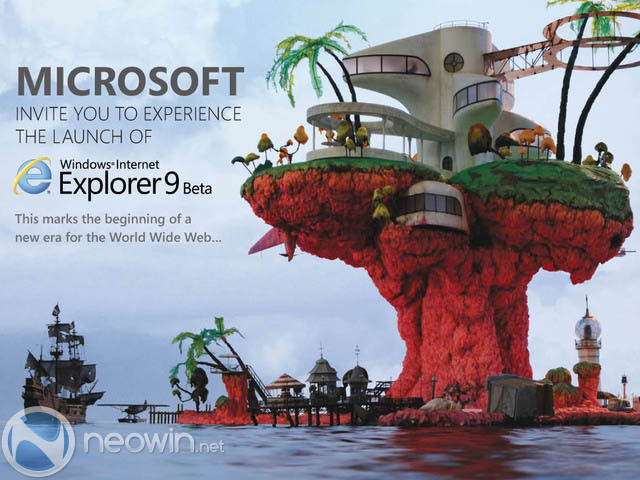 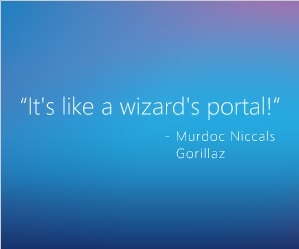