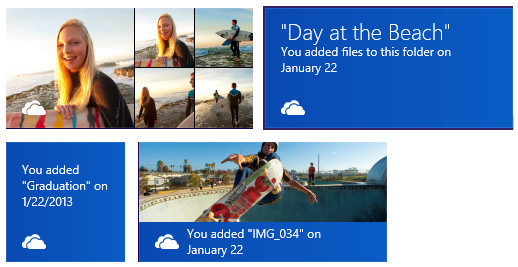 Microsoft may have big plans for the future of its SkyDrive cloud data storage service in terms of its use in Windows 8.1, but currently Windows 8 users have one small but annoying issue with SkyDrive. Namely, the default folder location for SkyDrive, when using the Windows 8 app, cannot be changed at all. This situation is the same even if you download and try out the current Windows 8.1 public preview.

It's a subject that's been brought up recently on the official Microsoft support forums. In a rather lengthy thread, users complain that they can't change the SkyDrive default folder. In response, Microsoft representatives posted up a couple of messages of their own. One of them, dated June 27, stated simply, "Moving the SkyDrive root folder to another location is not currently supported but it is something we'd like to add and think is important to have."

Another, and far more lengthy answer, dated July 3, comes from "Afton" on the Microsoft team. He stated:

For obvious reasons, we simply can't promise future features. They may be harder to implement that expected. Some EVEN HIGHER priority issue might arise and steal our developer time until the next release. We may all contract the flu and be out during the push to the final release. Or any other of a dozen reasons why we can't provide some particular feature that you are asking for. But believe me that we aware of the demand for the feature where you can set or change the location of the SkyDrive folder.

Some people on the message board thread have apparently tried to go into the system registry and edit it so they can get the SkyDrive default folder change. "Afton" simple states, "to everyone trying to monkey with the registry. Please, don't. :)"

The desktop SkyDrive app still allows Windows 8 users to change their default folder, and it should keep those setting even if you install the Windows 8.1 preview. However, it looks like the Windows 8 app will be sticking with its one lone default folder for a little while longer.