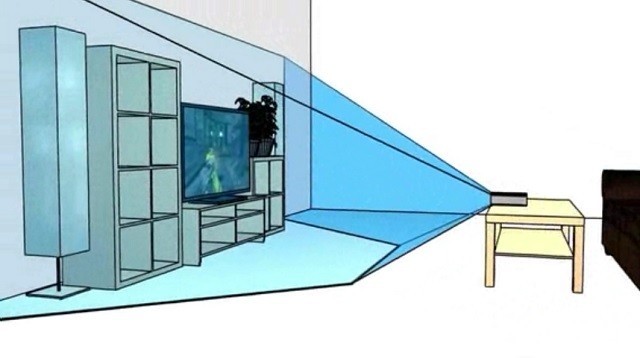 Microsoft has generated a lot of press in the past year with its IllumiRoom demo from Microsoft Research, which is designed to use projectors to show images on walls in a room while you play an Xbox game on your main TV. There were rumors that Microsoft was planning to include an IllumiRoom add-on for the Xbox One console at some point.

Sadly, it looks like the IllumiRoom gaming projector concept will be remaining in a Microsoft Research lab room for the foreseeable future, and the reason is a familiar one: high cost. Microsoft marketing and planning head Albert Penello revealed that bit of info in an interview with Ausgamers at Gamescom in August. He stated:

It’s very, very cool tech but it’s, like, for a consumer, it requires projectors and things. It’s really super-neat if you’re in the lab and you’ve got Microsoft money and you could totally set up this awesome lab, but... we looked at it, but for an average customer it’s, like, thousands of dollars [for the set up].

So unless your name is Bill Gates, your shot of getting a immersive gaming experience like the IllumiRoom for the Xbox One is going to be on hold for a long time.