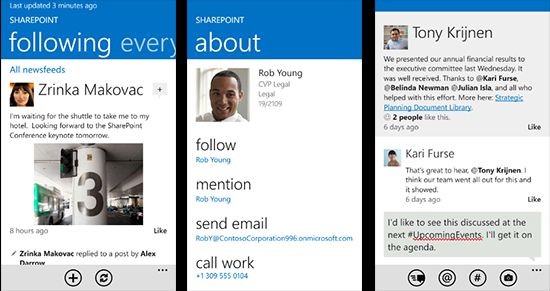 The SharePoint blog has the details on the new apps, which will let users of the web collaboration and content management service to write new status posts, use hashtags, add comments to discussions, "like" posts written by others, upload pictures and more. Basically, it's SharePoint's version of a Facebook app. The Windows 8 SharePoint NewsFeed app is still scheduled for launch this summer, but there's no word on when the promised Android app will be released. 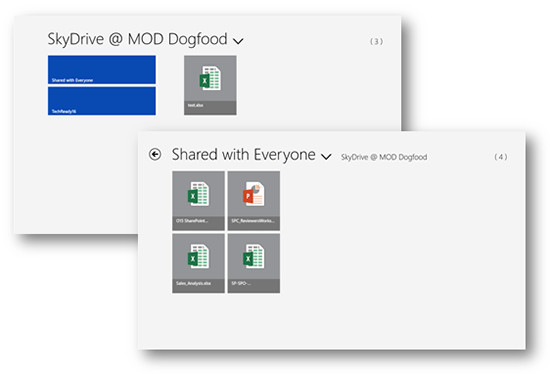 The blog has also posted word that the previously revealed SharePoint SkyDrive Pro apps, where users can store and access files, will be released later this summer for several different platforms. The blog posted up an early concept image of the Windows 8 version of the SkyDrive Pro app. Microsoft added, "Users are not limited to synchronizing their personal docs--they can sync any document library to which they have permission (for document libraries where sync is turned on)."