Microsoft continues to expand the types of features that the enterprise customers of its Windows Azure cloud services can access. Today, it announced the general availability of a new feature, Windows Azure Infrastructure Services. 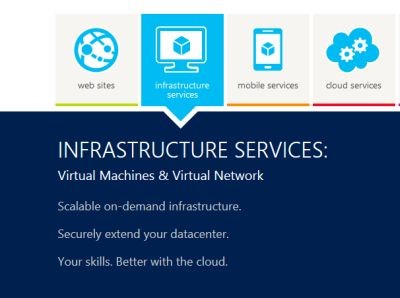 In a post on the Windows Azure blog, the company talks about the new Infrastructure Service, which will now allow enterprise users to run their application on Microsoft's cloud service. Microsoft's Bill Hilf states in the blog that this new feature has been launched after extensive conversations with their customers. He writes:

Hilf also said that Windows Azure has added "new high memory VM instances (28GB/4 core and 56 GB/8 core) to run your most demanding workloads." Microsoft has also announced some price cuts today for its Windows Azure features, saying that it will lower the price for Virtual Machines and Cloud Services by between 21 and 33 percent.