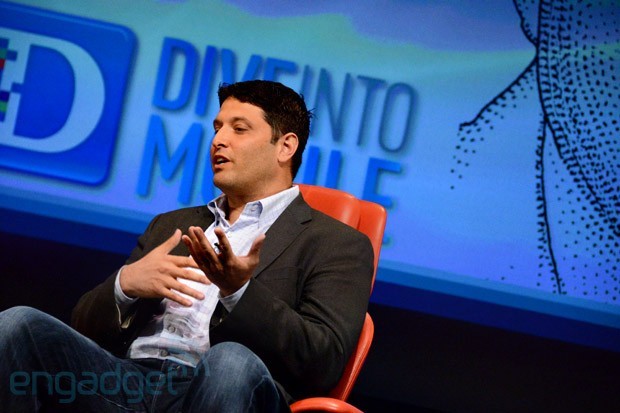 Terry Myerson, the corporate vice president for Windows Phone at Microsoft, has taken some time today at AllThingsD's Dive Into Mobile conference in New York City to discuss various aspects of Windows Phone. Host Ina Fried managed to get some interesting tidbits out of Myerson relating to the platform and its competitors, including how Microsoft feels about its Windows Phone OEMs.

When Myerson was asked about where Windows Phone was seeing the most success, he responded by highlighting how well WP8 is doing outside of subsidized markets. Where a $650 product is being sold for $200 - markets such as the United States, which are a focus for Apple and Samsung - Windows Phone hasn't been as successful as the market is crowded with similarly priced phones.

For us, the momentum we're building is with building a phone we can offer for less than $650 [unsubsidized]. [...] one of the biggest opportunities for us is that not everyone can afford a $650 phone. In the US, it seems that every [major] phone is $200, so we're forced to challenge at the same price. That's a playing field that's a little harder. [...] For where we’re at right now, the focus is to really get to 200 million phones a year through the current model.

He also mentioned how Microsoft is focusing on being successful somewhere before being successful everywhere, and it seems the unsubsidized markets are those key areas to focus on being successful. Myerson said that the team thinks of Windows Phone as "an incredibly well-funded start-up" in a "challenger position" at the moment.

The conversation shifted away from Windows Phone, and Myerson shared his opinion on the other platforms in today's smartphone landscape. He believes that Android is "kind of a mess", and that because Samsung is the only OEM making money from the platform, that "there's clearly a mutiny going on". He also "sense[s] urgency" when it comes to the iPhone and iOS, pointing to how iOS 5 did little to change the user experience: it "just added a fifth row of icons".

When pushed on hardware OEMs for Windows Phone, Myerson stressed that Microsoft wants any Windows Phone partner to be successful, although they aren't looking for a ton of OEMs. "For us, seeing HTC and Nokia successful is most important to us right now. We're focused on making our core partners successful right now." He also said that Nokia is a "great partner for Microsoft" after being questioned on how they feel its partners are going.

Finally, the possibility of a Microsoft-made phone popped up during discussion, with Myerson stating that "it would have to be something where Nokia or HTC was not providing the consumer experience we think is possible with our platform". It looks like the Surface Phone definitely remains a Plan B at Microsoft, rather than a path they're actively pursuing at this time.