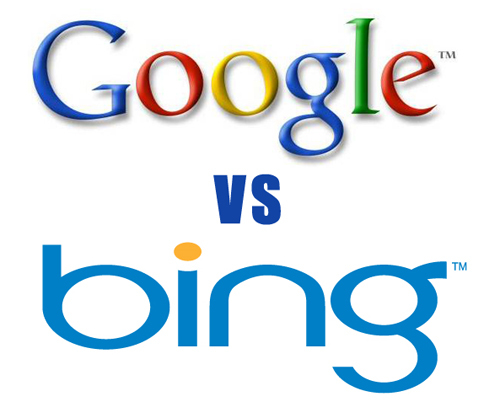 As Bing slowly grows in search engine market share, it continues to hemorrhage revenue in the process. According to CNN, Microsoft has lost $5.5 billion since its launch in 2009, and the losses don’t seem to be letting up, growing year over year. While market share is a good thing, Microsoft gained much of that growth through a deal with Yahoo that made Bing their search provider. While this gave them immediate and significant growth, it wasn’t growth from user demand; those users never made a conscious decision to use Bing over Yahoo. Yahoo just became Bing.

Microsoft has said on a few different occasions that it doesn’t plan on competing with Google at their own game. Instead, they will be leveraging their multitudinous partnerships with web companies to provide a more integrated search experience that combines multiple products and services to give a personal, social and interactive results page that shies away from providing a wall of blue links. Bing will also be a predominant feature in Windows 8 and Windows phone products, becoming the default search provider for a variety of web and location based queries. By filling in the cracks where Google fails to provide useful results, Bing expects to grab enough market shares to start turning a profit.

Unfortunately, analysts are saying that Microsoft will have to double its market share to stem the tide of lost revenue. Microsoft is aware of this gap, and plans on going places traditional search has never gone before to innovate in experimental areas like natural language search. According to Stefan Weitz, director of Bing, Microsoft has the underdog advantage of being able to experiment. As the service continues to lose money, experimentation and innovation will be the only ways that Microsoft can dig itself out of their current rut.

However, no matter how good Bing gets, they have a verb to overcome. Google has already passed the vernacular test. When your product becomes part of a language in that it applies to everything else that acts and looks like it, you’ve pretty much won your market. Much like Nerf guns and Band-Aids, people will use Bing to "Google" something until there is significant competition. It takes a long time to counteract such strong household influence, but Microsoft is in it for the long run, and hopes that quality will eventually overcome quantity.