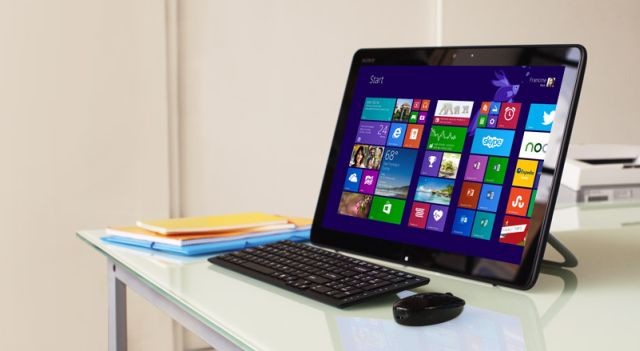 Windows 8.1 has now officially reached the RTM build stage and Microsoft has confirmed that this version is being sent over to OEMs for installation on new PCs. However, we are still several weeks away from the planned commercial launch of Windows 8.1 on October 18th.

On that day, PCs with Windows 8.1 installed are supposed to officially go on sale. In 2012, after Windows 8 reached the RTM stage, Microsoft continued to work on the OS. In early October, the company started rolling out a patch for PCs that already had RTM installed that offered a number of performance, power and other improvements.

Neowin emailed Microsoft to ask if there would also be a "day one" patch that will be released for Windows 8.1 between now and October 18th, for PCs that have the RTM version of the OS installed. However, Microsoft is apparently not ready to give details about their post-RTM plans for the OS, telling us, "We have nothing to share right now."

However, the company did send over a statement that hints strongly that some kind of post-RTM patch will indeed be released when we asked why MSDN and TechNet subscribers would not be able to get access to the RTM version. The statement said:

Only sharing RTM code with OEMs is really about optimizing the overall experience for our customers—putting our hardware partners in a position to prepare the variety of new and innovative devices consumers and businesses can expect later this Fall just in time for holiday. While our partners prepare their exciting new devices, we’ll stay close to them and continue to refine Windows 8.1 to ensure a quality experience at general availability for customers on October 18th. This includes commercial customers with or without volume licensing agreements, our broad partner ecosystem, subscribers to MSDN and TechNet as well as consumers.

It will be interesting to see what sorts of changes and improvements will be added to Windows 8.1 between now and the launch date.