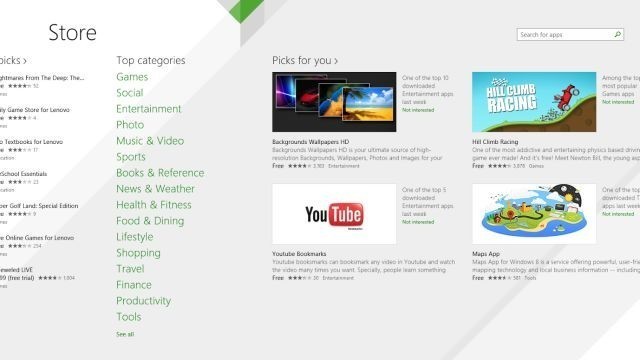 Microsoft is trying to make it easier for businesses who want to release apps for Windows 8.1 outside the Windows Store via sideloading. A few days ago as part of BUILD 2014, the company announced an expansion of the customers in several Volume Licensing programs that will be able to obtain sideloading rights for no additional cost.

In a blog post, Microsoft said that customers who have Enterprise, Enterprise Subscription, Enrollment for Education Solutions, School Enrollment, Select and Select Plus agreements can now get a free sideload app key. Also, as part of the upcoming Windows 8.1 Update, Microsoft will allow for sideloading apps for all Windows 8.1 Pro devices that are joined to an Active Directory domain.

Finally, starting on May 1st, other business customers who want sideloading rights will be able to purchase them for $100, which grants access to an unlimited number of devices. As ZDNet points out, this is much cheaper than the previous plan which charges businesses $30 for sideloading to each device.

A few months ago, a Microsoft team in China uploaded an easier way to sideload Windows 8 apps via the Codeplex site, but that effort was apparently unauthorized as the code was quickly deleted from that page.