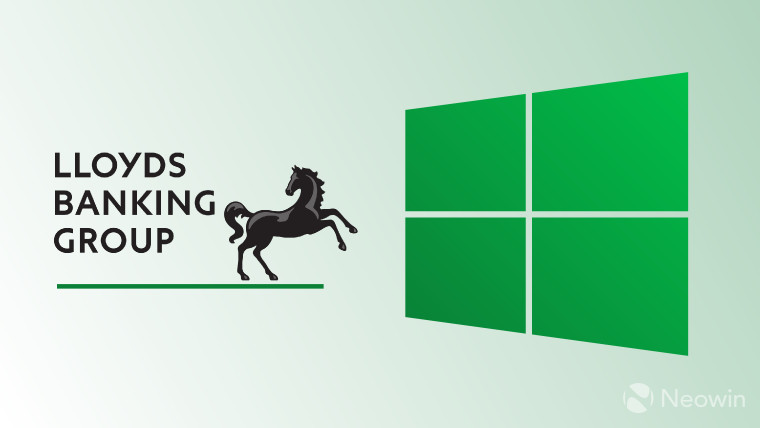 Lloyds Banking Group, one of the UK's largest financial institutions, has announced an "exclusive partnership" with Microsoft, in which the two companies will work together to trial the use of biometric authentication for online banking services.

In the second half of 2017, Lloyds will begin a pilot program using Microsoft's Windows Hello biometrics platform on Windows 10 devices. The exact size of that trial hasn't yet been revealed, but the group said that it will involve customers from Lloyds Bank, Halifax and Bank of Scotland, who will be able to log into their bank accounts online "using their face or fingerprint instead of typing in their passwords".

Today's announcement makes no reference to the iris scanning technology built into some high-end Windows 10 Mobile devices, like the HP Elite x3 (which also has a fingerprint scanner) or Microsoft's own Lumia 950 and 950 XL flagships (which don't). It's unclear if the use of iris scanners will be part of Lloyds' trial.

Facial recognition technology is a core feature on a wide range of Windows 10 PCs these days, including Microsoft's Surface Book and Surface Pro 4. Manufacturers are introducing it on more affordable PCs too, such as HP's new family of Pavilion laptops. Even some lower-end devices, like Acer's Transformer Mini, now support Windows Hello through built-in fingerprint sensors - and with these biometric technologies becoming increasingly ubiquitous, it makes sense for organizations such as banks to take full advantage of the additional security that they can provide.

"With customer experience and security at the forefront of our minds," Lloyds Banking Group's Gill Wylie said today, "we are keen to run this pilot to explore the new functionality Windows Hello could give our customers. I am delighted we are the first banking organisation in the UK to work with Microsoft on Windows Hello, and excited to see how our customers use this feature."