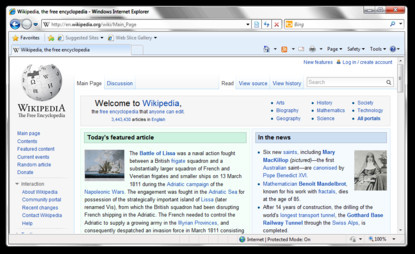 In late December, a day one exploit was found in Internet Explorer 6, 7 and 8 that when hackers attacked the website of the Council on Foreign Relations and caused that site to host malicious content. The content was released as a heap spray attack conducted via Adobe Flash. A few days later, Microsoft released a quick "Fix-it" patch that closed the problem.

Today, Microsoft has released a full security update for IE6-8, outside its normal "Patch Tuesday" event. In a post on Microsoft's Security Response Center blog, the company said:

The post added that while most users will be fine with getting the automatic update, those that choose to manually update their Windows PC should go ahead and download this new security patch "as quickly as possible." As we have reported before, this IE security hole does not appear to be present in IE9 or IE10.