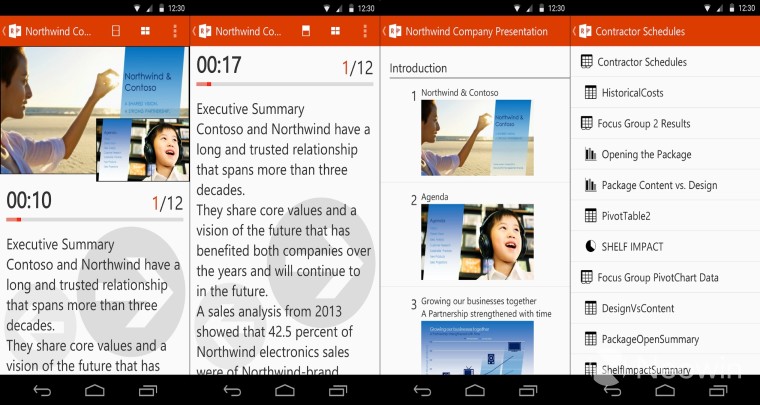 Microsoft continues to expand on rival mobile platforms, this time releasing their Office Remote app on Android. Office Remote allows a user to control Word, Excel and Powerpoint presentations (amongst other things) on PCs right from their smartphone, including using things like finger swiping to move through different slides and a virtual laser pointer for presentations.

The process isn't as straight forward as it could be: in order to sync the smartphone to the computer, you have to pair them over Bluetooth. It also only supports the latest Office 2013 and the Office 2016 beta, so if you're using an older version of Office then this app might not be for you just yet.

Microsoft has been releasing their apps on the Android platform for some time now, including bringing the Office Lens app to the Android platform just last week. It has also teamed up with a number of different manufacturers to ensure that Microsoft Office for Android is installed by default, and there even were some rumors floating around about Microsoft investing in Cyanogen -- the company behind the popular Cyanogenmod. Microsoft recently patented multi-OS booting, which could be a sign for things to come in the future.

You can check out Office Remote for Android here.