Microsoft Research has a ton of different projects under development, many of which will never see the light of day as an actual product sold to consumers. Sadly, it appears that will be the case for the so-called "smart bra" that got the Internet's attention a few days ago. 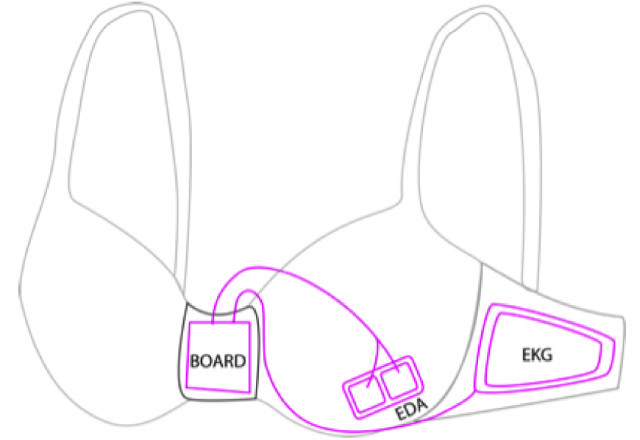 Team members from Microsoft Research published a paper detailing the "smart bra" which was designed to collect data via sensors that could lead to new insights into "emotional eating." The research paper was developed in collaboration with teams from the University of Rochester, New York, and the University of Southampton in the UK.

The actual device sounds viable, but is it one that Microsoft will actually make? National Public Radio wanted to know and asked Microsoft for a comment. It received the following response from a spokesperson:

The bra sensing system is just one instance of a class of work from a group of Microsoft researchers who are focused on the broader topic of affective computing, or designing devices and services that are sensitive to people's moods and react accordingly. While we will continue our research in affective computing, Microsoft has no plans to develop a bra with sensors.

Microsoft is rumored to be developing a number of wearable computing devices but the company has yet to offer anything official on this subject. Current CEO Steve Ballmer was asked about Microsoft's stance on such products back in July but said simply, "That is one of those questions I think I won’t answer."