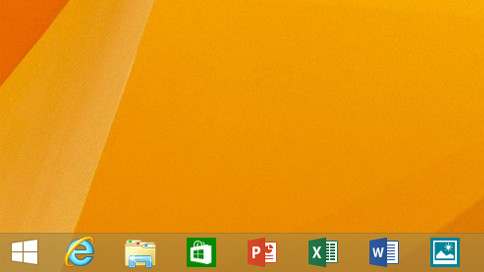 In an interview with CNET, Chaitanya Sareen, principal program manager lead on Windows, said that when the team was first developing Windows 8, there was lengthy internal debate about whether or not the desktop Start button would be included.  He said: "It's not like someone sits there and says, 'There will be no start button.' It's a long discussion. A very, very long discussion."

Ultimately, the decision to ditch the Start button was one that many, perhaps most, of the people who used Windows 8 felt was a mistake. Sareen compared the feeling to that of a "warm blanket" that is suddenly taken away from a person. He added, "There are some times when you have to take a bet, and there are times when you have to adjust what you're doing."

That is exactly what Microsoft did with the release of Windows 8.1 one year after Windows 8's launch, and again with Windows 8.1 Update coming just six months after that. Sareen says that quick response will continue for future Windows updates, stating, "You better believe that we are faster and faster responding to feedback than before." The big question is will those updates will come fast enough to energize sales of Windows 8.1 PCs and tablets.