In early September, Microsoft started shipments of the Xbox One console from its assembly plants in China, over two months before the console itself was due to launch on November 22nd. Today, Microsoft announced that its Xbox One exclusive games have gone gold and have starting their own journey to retail outlets around the world. 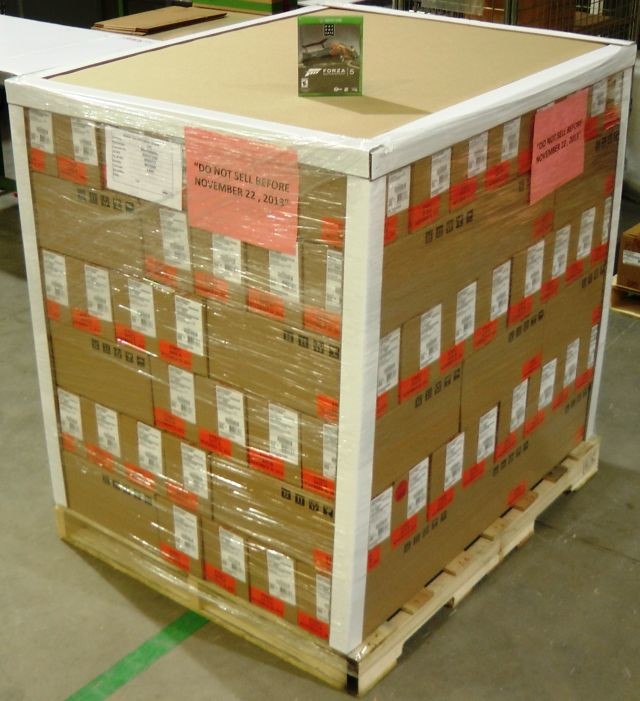 In a post on the Xbox Wire site, Microsoft stated that titles like "Dead Rising 3," "Forza Motorsport 5," "Ryse: Son of Rome" and "Zoo Tycoon” are finished and even showed packages of the games placed on pallets at unnamed shipment locations, such as the one above for the Day One edition of "Forza Motorsport 5." As with the Xbox One console units, the boxes for the games have notices clearly stating that the games are not to be sold before November 22nd.

While the sales embargo of November 22nd may be true for Microsoft's own Xbox One exclusive games, third party games made for the console that are not exclusives are apparently not restricted by Microsoft's rules. Amazon has posted word that it will ship pre-orders several Xbox One game ports, such as "Madden NFL 25", on November 19th, three days before the launch of the Xbox One itself.