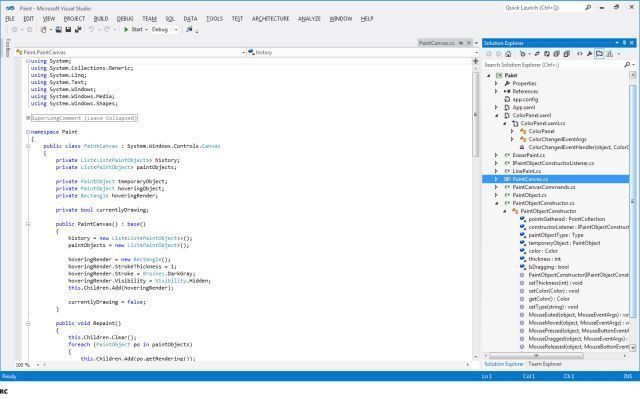 This new version of Microsoft's software development tool has a lot of changes compared to the beta version that was first released in late February. One of the most requested changes was to add more color to the rather drab look of the software's UI. Microsoft has made things more colorful for the Release Candidate version by colorizing the tool's Status bar, lightening the grays in the light theme and window chrome, and by putting in broader and bolder use of accent colors in tool window headers and tab treatments.

Microsoft recently announced that it will also offer free versions of Visual Studio 2012 under the Express branding. However, the company's decision to not make an Express version of Visual Studio 2012 specifically for developers of desktop apps for Windows 8 has upset many of those same developers, who feel that they should have the same free version of the software as Windows 8 Metro developers will have.