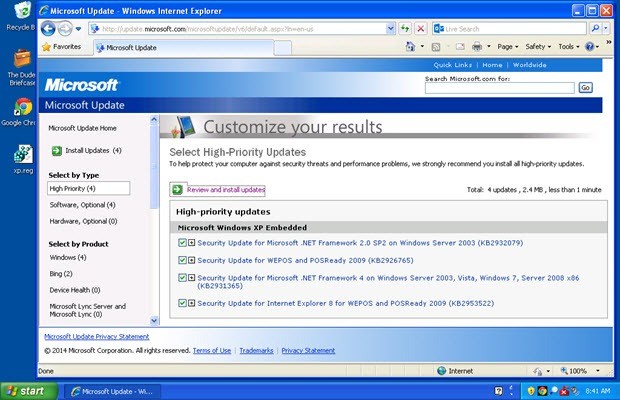 Yesterday news came out that a registry hack would allow Windows XP users to still receive critical security updates, despite the OS being no longer supported. Now Microsoft is publicly warning folks against using this method to update their machines.

The registry hack would allow XP users to mask the fact their machines were using an unsupported OS. Microsoft’s update servers would register the machines as using Windows Embedded POS Ready 2009, a version supported until 2019. Users would then be able to download certain updates; however it’s not clear which updates would actually work or fix anything as the operating systems differ from one another.

On this note Microsoft has released a statement to ZDnet warning users to not use this hack. The company says this will likely do more harm than good.

It’s pretty obvious why Microsoft released this statement. After all, it’s not like they’d urge users to go on hacking their machines and misleading the company’s update servers. Then again, they do have a point in that these updates aren’t tested against XP which can create problems, and may not even offer any protection to those systems that employ it.

Windows XP, which is now well over twelve years old, stopped receiving updates over a month ago, though some institutions are paying Microsoft a lot of money to continue pushing out limited availability updates. For everyone else however, the best course of action would be upgrading to Windows 7 or 8.

Source: ZDNet via: The Guardian | Image via ZDNet