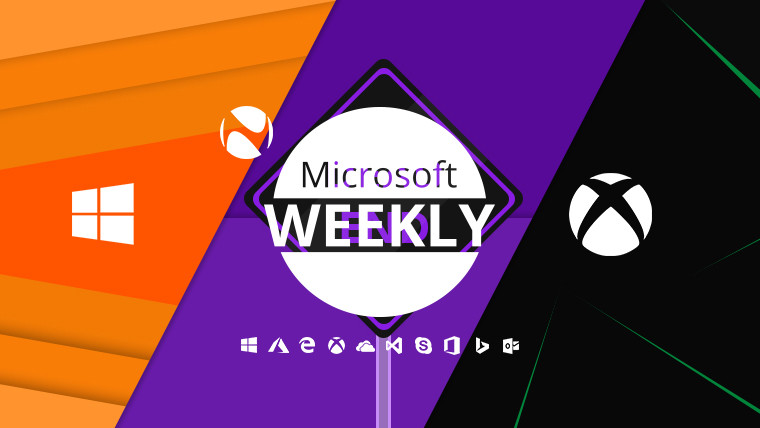 It's that time of the week once more, when take a look at what’s happened the previous seven days in the world of Microsoft. Edgium previews were at long last made available to the those interested, the May 2019 Update arrived in the Release Preview ring, and that's not all. You can find everything mentioned – as well as the usual little bit extra – below, in your Microsoft digest for the week of April 6-12. 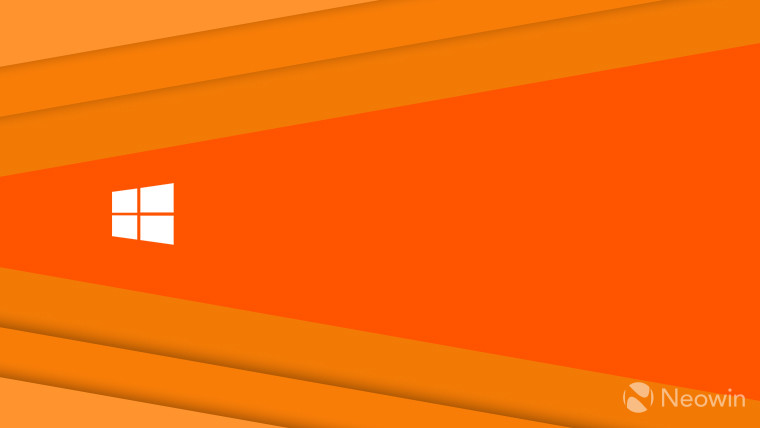 We start with what’s perhaps the most relevant bit of information that’s surfaced in the last seven days, and that’s the arrival of the May 2019 Update release candidate in the Release Preview ring. For those keeping score at home, it’s build 18362.30, and save for a couple cumulative updates between now and GA, the main build number will stay the same. The only instance in which that would change, would be the discovery of some nasty bug like the file deletion one in the October 2018 Update.

As we just mentioned the subject of cumulative updates, 18362.50 (KB4495666) was pushed to Insiders. It has no specific changelog, though there is one known issue to be aware of regarding the launch of Windows Defender Application Guard or Windows Sandbox. Folks may encounter error “0x800705b4”, which is fixed by adding "DisableClone"=dword:00000001 and "DisableSnapshot"=dword:00000001 under HKEY_LOCAL_MACHINE\SOFTWARE\Microsoft\Windows NT\CurrentVersion\Containers\CmService\Policy, and rebooting.

This past week, folks stuck in the Fast ring have gotten their first taste of 20H1 with build 18875, which brought IME improvements. At this point in development, the bulk of changes will be seen in the fixes department, with patches for the lock screen freeze upon interacting with the touch keyboard and switching layouts, plus some Settings crash-related fixes, and a resolution for the Photos tile animation which could cause unexpected battery drain due to the animation playing even when Start wasn’t open.

Those who have opted to stay away from all the Insider kerfuffle got a set of updates too, as is the case when Patch Tuesday rolls around. Let’s kick off with what you need to be on the lookout for if you’re running various flavors of Windows 10:

Naturally, Windows 7 and 8.1 – as well as their server equivalents – have gotten a round of patches too. These are: 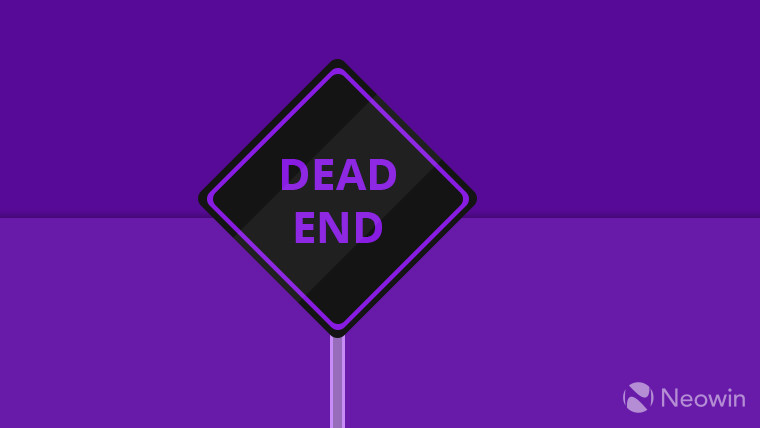 While last week was certainly busy in regards to cancellations and product discontinuations, worry not – or maybe do -, since we got a few this week too.

At the top of the list we’ve got HealthVault, a service that some may be hearing about for the first time, although it was launched back in 2007 and went through a number of iterations. What it was basically, was a platform where folks could securely upload and store their personal health records in order to share them with professionals. That won’t be happening anymore, at least not after November 20 when the service ceases to exist. Any data still left on there on the day of closure will be deleted.

The good news is that it supports the creation of a CCD (Continuity of Care Document), which essentially allows for easy export / import into other similar platforms.

Next up on the chopping block is the ‘safely remove hardware’ feature. While previous versions of Windows would nudge users to use this feature due to a default configuration, starting with 1809 (October 2018 Update), this is no longer an issue.

Pre-1809, Windows was configured in such a way that external devices that were connected to the PC were configured for better performance, which meant the OS could cache write operations on the device, thus requiring the safe removal of said external device. Now, devices will by default be configured for quick removal, so this particular nuisance (for some) will be no more. Of course, you may configure this option on a per device basis.

Microsoft’s flagship OS is more or less a service these days, so this info pertaining to the end of support (or end of life if you will) of a specific version does fit within this section.

That particular Windows 10 version I’m referring to is the Fall Creators Update, or 1709. It’s not entirely dead, as just the Home, Pro, Pro for Workstations, and IoT SKUs are being sunsetted. Enterprise and Education variants get another year of support, though the Redmond giant obviously would rather you moved on to newer iterations.

On a related note, 1709 isn’t the only one affected. For example, those on the even older Anniversary Update (1607) Enterprise and Education SKUs will no longer receive support.

Deals to spring for 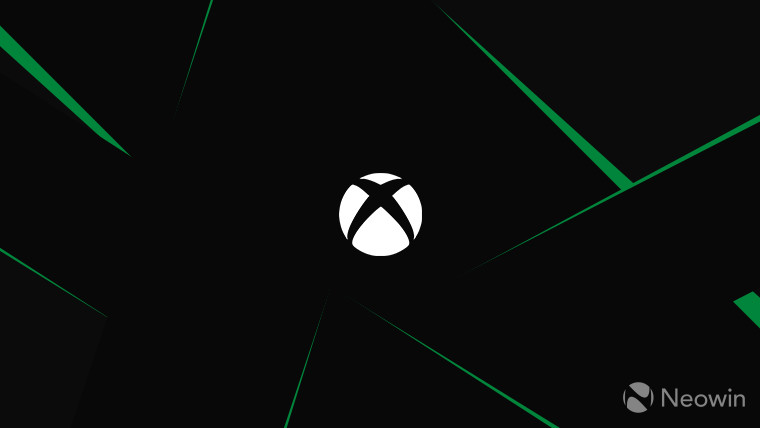 One could say game-related news didn’t have as strong a presence this week, but some interesting tidbits did surface.

First off, we found out about a number of titles coming to Xbox Games Pass this month, including Prey and The Golf Club 2 which are already playable. In addition to those, there’s Monster Hunter: World and The Walking Dead: A New Frontier, both of which will be added on April 18, plus Life is Strange 2: Episode 2 on April 24, and Resident Evil 5 on April 25.

Since we touched on this particular subject, we might as well talk about Wednesday, which brought to the fore the idea of Microsoft offering three months of Game Pass for just $1, which is a great deal in comparison to the service’s $9.99/month regular price tag.

As it turned out, the idea wasn’t quite as ludicrous as initially expected, because on Friday, Microsoft kicked off its Spring Sale with deals across console and PC, with discounts of up to 65% (75% in some cases) and various amounts knocked off console bundles, custom controllers, other peripherals, and even HMDs, movies, and certain Xbox apps.

Yes, the Game Pass deal is valid in supported territories, and if you’re feeling particularly interested in Microsoft services, you can also grab your first month of Xbox Live Gold for only $1. A Gold membership shaves a further 10% off the games that are discounted. 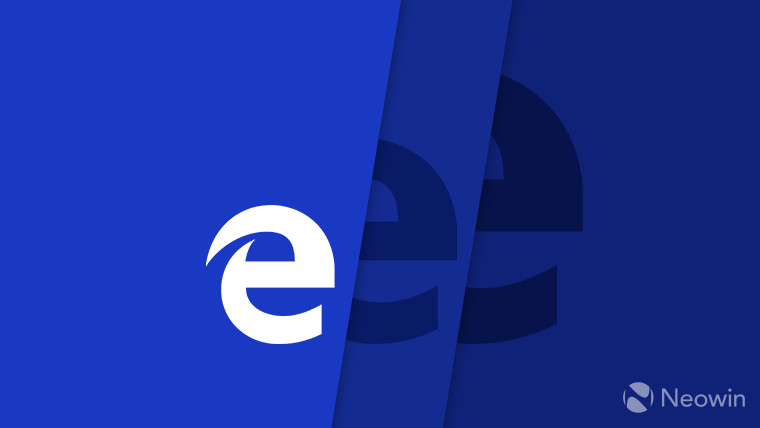 To end this entire wall of text, we’re focusing on the elusive Chromium-powered Edge, which this week became elusive no more.

Though it was announced, and then pictures leaked, followed by a full build, Microsoft has just now taken the wraps off of Edgium. Or Chredge. Or Chredgium. Or whatever other name this thing will end up being called.

Regardless, there are three channels available, Beta, Developer, and Canary, out of which just the last two can be installed for now. On the subject of limitations, the preview builds currently only work on 64-bit versions of Windows 10, so folks on Windows 8.1, 7, and macOS still have a bit more to wait before checking this one out.

In case you were quite interested in exactly what changes have been made to the browser under the hood to Microsoft-ify it, there’s a slide outlining more than 50 features which were either replaced or taken out completely. Things like Google-specific services such as Google Now, Chrome OS device management, and so on, are sensible tweaks, since they can be replaced with Microsoft-specific ones.

The most likely point in time when we’ll find out the full of extent of the changes is probably Build, which takes place May 6-8.