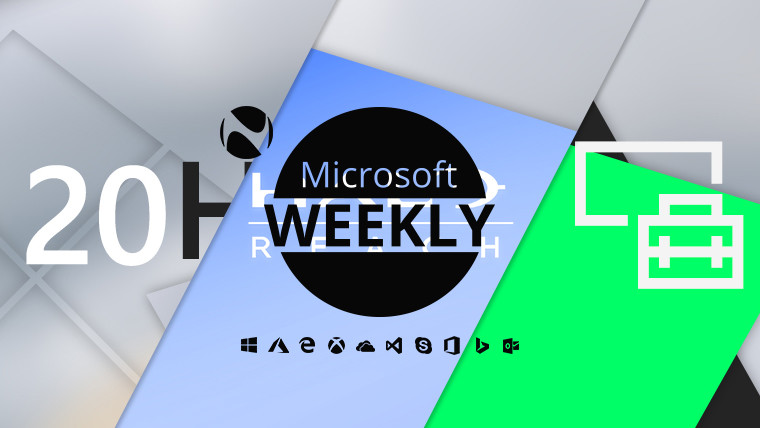 Although 20H1 is very close to being done, Microsoft still hasn’t switched to testing newer versions, meaning Insiders got more builds from this branch this past week. There was also some new info regarding Microsoft 365 for consumers, and even news that the disc-less next-gen Xbox may still be alive after all. You can find that – as well as the usual little bit extra – below, in your Microsoft digest for the week of November 30 – December 6. 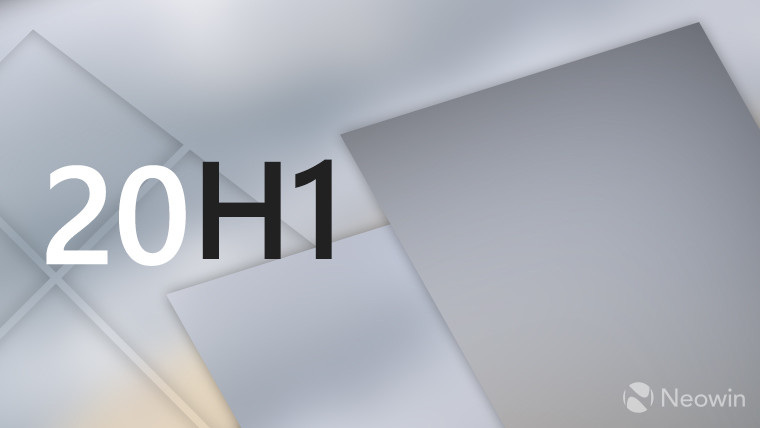 It’s December, and if the rumor that Microsoft is planning to RTM H1 releases in the final month of the year and H2 releases in June is true, we shouldn’t be too far from the RTM of 20H1, otherwise known as Windows 10 version 2004.

We expected the company to switch to 20H2 or even 21H1 by now, but it still released two other 20H1 builds to both the Fast and Slow rings.

For its part, build 19035 addressed a small selection of bugs, and came with a similar list of known issues – some of which are up to third-party vendors to fix -, while also pulling Notepad from the Store. This was apparently due to a change that the company decided to “not roll out to consumers”, at least at this time.

Following it was build 19037, released on Friday, which transformed the PowerShell ISE into a Feature on Demand. In other words, even though it’s installed by default, you’ll now be able to remove it via Settings, if you so desire.

Speaking of newer versions of Windows, those on 1809 are starting to be upgraded to 1909. Even though newer versions aren’t usually forced onto users, Microsoft does step in an upgrade folks if they are running variants of the OS that are nearing end of support, as is the case with 1809. This one, like all consumer H2 versions, is supported for 18 months.

Speaking of H2, we should see the appearance – at least for the public at large – of Windows 10X in the second half of 2020, as the OS on the dual-screen Surface Neo. According to a job listing on LinkedIn however, Microsoft may also be working on an Internet of Things variant based on Windows Core OS – the heart of 10X. Details are currently scarce, but it’s likely that we’ll hear more about it next year, perhaps at the company’s annual Build conference. 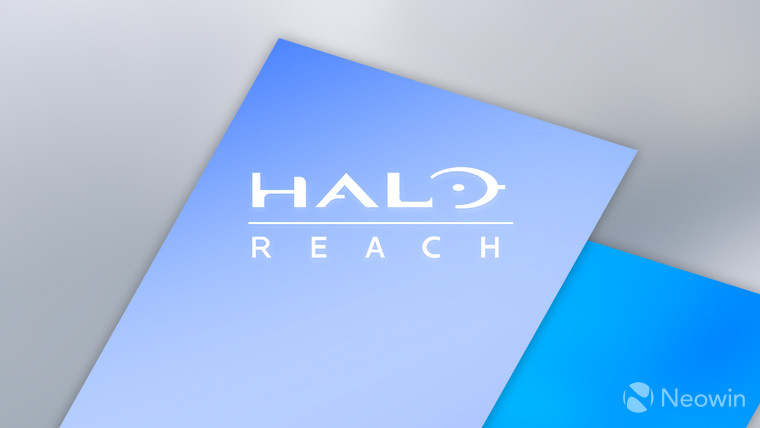 After quite the wait, a Halo title has finally been made available on PC. As part of The Master Chief Collection (or MCC), Halo: Reach made its debut earlier this week. Increased resolution support, as well as the ability to tweak the field of view and more were added for the PC variant in particular, at the price of $9.99 – or $39.99 if you get the entire collection, meaning the other titles will be added automatically to your library as they are available. You can also easily bypass Easy Anti-Cheat if you want to mod the game, as official modding support is still being worked on. Be advised that matchmaking will not be available if you do use mods. For a closer look at the good and the bad in this release, make sure to check out our review.

If you don’t really want to pay the full price for the game but are curious to try it out, 343’s latest endeavor is available via Game Pass on both PC and console.

On the PC side, My Friend Pedro, Age of Wonders: Planetfall, Metro: Last Light Redux, Europa Universalis IV, Human: Fall Flat, and Daemon’s Tilt should already be available, along with Faeria and Farming Simulator 17. On December 12, Pathologic 2 will also join the roster.

Gears 5 Operation 2: Free For All was released this week too, featuring four new characters, three new maps, and the namesake Free For All 14-player versus mode.

Sticking to first-party titles, the folks behind Flight Simulator revealed that a new partnership is due to be announced soon, as well as underlining updates to the development roadmap. Keep in mind that recruitment for Tech Alpha 2 will end December 12, so if you want a chance to test things, you’ll need to become and Insider and sign up to be chosen.

In somewhat first-party news, Pillars of Eternity II: Deadfire will finally be made available for the Xbox One and PlayStation 4 on January 28, 2020. For those interested, there’s also an Ultimate Collector’s Edition – a physical one at that –, created in partnership with THQ Nordic, that costs $129.99. It contains the base game plus expansions and DLC, Spacepig keychain, metal-optic 3D sticker, and a 10’’ Od Nua statue. The title will also make its way to the Switch, though there’s no date currently announced.

In case you’re not looking to spend quite that much money and want a warm article of clothing for the holidays, the Xbox Onesie is back and most likely in limited quantities, in a new black and green variant. Although the release date is set for December 13 and the pricing sits at $84.99, all versions are currently listed as out of stock.

Speaking of Xbox, Microsoft may still be working on a disc-less next-gen variant, previously revealed to be codenamed Lockhart. Though some folks claimed that said next-gen tier was scrapped entirely, it seem to not be so. As a reminder, the performance delta between Xbox Scarlett and the disc-less box is said to be similar to that between the Xbox One S and the Xbox One X.

The most likely scenario is that the company will make use of Project xCloud to enhance the capabilities of Lockhart, as it is the cheaper of the next generation consoles from Microsoft. The company’s game streaming service will also run on ARM Windows 10 PCs by the time it launches next year, which would expand its reach even more. 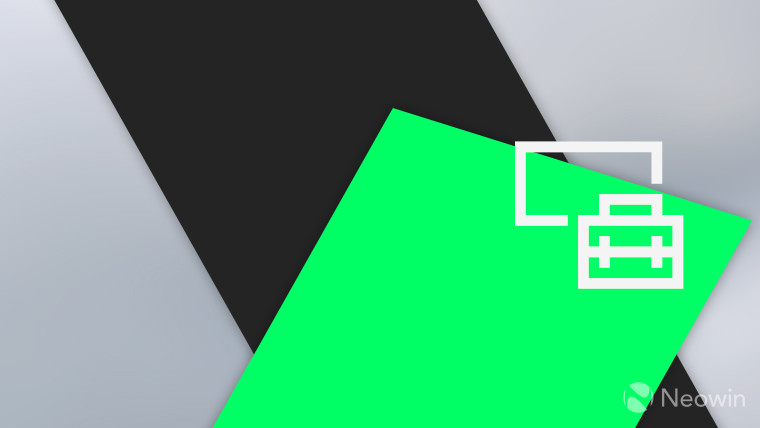 Perhaps one of the more interesting launches from the first week of 2020 will be that of the new Chromium-based Edge, set for January 15. While testing is still going strong in the Dev and Canary channels, Microsoft took a minute to highlight one of the features that’s included in the soon to ship browser version 79, currently in the Beta channel. That feature is tracking prevention, which essentially allows you to block, as the name implies, a number of trackers from following you across the web.

There are different levels of tracking protection available, but the company was keen to underline the fact that blocking certain elements may also break sites. For example, InPrivate windows were previously always set to have Strict protection, which of course, ended up affecting the usability of some sites. The solution is to measure a user’s engagement with a certain site or organization and thus relax the blocks on said site, ensuring better compatibility.

Also on the subject of the Edge browser, build 80.0.345.0 made its way to the Dev channel, bringing with it improvements to inking, and even more expansive dark theme coverage from the local new tab page when you’re offline to UI that appears when the browser is managed via Group Policy.

There are also new versions of .NET Core – v3.1 – and .NET Core – also v3.1 -, which simply enhance the new features added in the major release from earlier in 2019. That said, creation of C++/CLI components that target .NET Core in Visual Studio 2019 is new, as is the removal of form controls from Windows apps.

Finally, there’s the arrival of Microsoft 365 for consumers, which would be the non-business counterpart of the existing M365 package that has Office 365, Windows 10, as well as Enterprise Mobility + Security. As it currently stands, the package seems to be a simple rebranding of Office 365 for consumers under the Microsoft 365 Life moniker – similar to the Teams for Life branding that’s been floating around. No other details are known currently, though it’s expected to arrive next year in the spring. 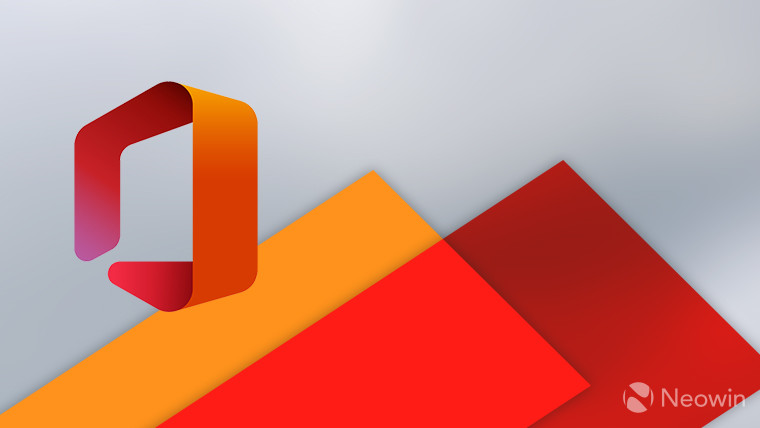 We end with a bit of a glimpse at what’s coming from Microsoft in terms of mobile design. And no, this isn’t related to Windows on phones.

Last year, the Office icons got their first makeover in five years, influenced by the company’s latest design ethos, namely the Fluent Design System. They eschewed flat design in favor of subtle gradients, shadows, and translucency, something that’s been making its way across Windows 10’s UI as well.

This week, the firm unveiled that its apps on iOS and Android – starting with the big five, Word, Excel, PowerPoint, OneDrive, and Outlook -, would be getting a Fluent Design makeover, featuring big colourful headers, as well as more consistent iconography and UI approaches. All this is to help with what the company calls microtasks, in other words small tasks that users perform as part of a bigger task.

The end goal is of course an increase in productivity as well, which will be helped by the fact that over 40 designers have collaborated to put together toolkits for creating familiar experiences across all the apps.

Also coming later are new versions of Teams, Yammer, and Planner, though nothing was said in regards to OneNote.