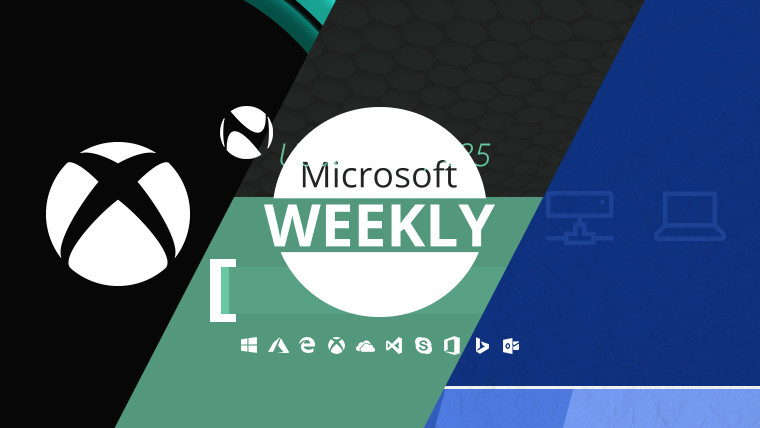 With E3 now in the rearview mirror, the news from Redmond has returned to its more varied former self. Updates regarding previews, some hardware changes, and even Xbox-related things are all here in your Microsoft digest for the week of June 16-22.

The Xbox got a long-awaited feature refresh this week, some Insider ring reshuffling, and what’s essentially the confirmation of no Mixed Reality plans for the console. 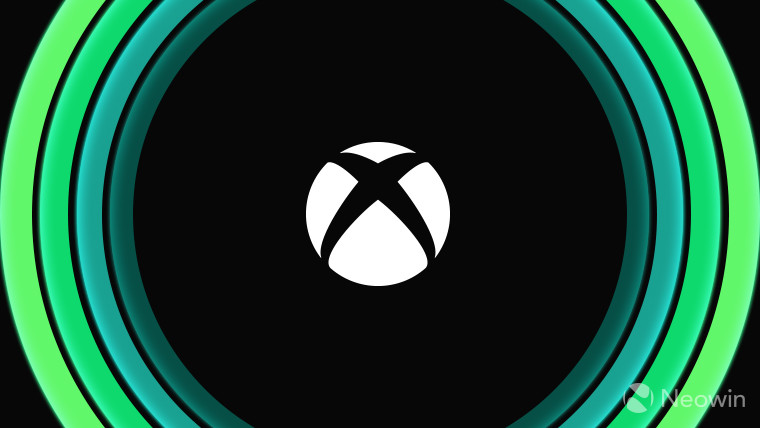 Right off the bat is support for FastStart, a feature announced at E3, which will make its way to “select titles” with the June Update. In short, it uses machine learning algorithms to make games start “2x as fast”. Now, a list of the first 26 titles to take advantage of this feature has been released, and it includes Tropico 5, Spelunky, Destroy All Humans!, and more.

FastStart is of course currently available to Insiders, which got a new build with a bunch of fixes in the Alpha ring. That’s not all, as those in the Beta, Delta and Omega sections of the preview were invited to join the Skip Ahead ring, something which was in the past only the preserve of those in the Alpha ring. Keep in mind that there aren’t many spots available, and the likelihood of getting invited depends on the quality of your feedback.

While we’re on the subject, a feature that’s been eagerly awaited for almost two years now has finally made its way to folks in the Insider program: the new Xbox avatars. The new Avatar editor allows for more customization, including accessibility options like wheelchairs and 16 million colours to choose from.

Call of Duty fans were given reason to rejoice this week too, with Modern Warfare 3 landing on the Backward Compatibility list, while those who still enjoy Rare’s Sea of Thieves got to try out update 1.1.3 complete with its ancient Megalodons and good few performance improvements.

Finally, putting an end to the will they / won’t they debate, Microsoft’s Chief Marketing Officer, Mike Nichols stated this week that the company has no plans to bring Mixed Reality (VR and AR) to the Xbox One. Given the less than great reception of the Kinect, and with the next generation – Xbox Scarlett – a mere two years away, this is not much of a surprise.

The exec underlined that a PC is still viewed as the ideal platform for more processing-intensive things like VR, but the broader view of not having “any plans specific to Xbox consoles” doesn’t rule out the existence of MR on Xbox vNext. If rumors are true and 2020 is indeed the time when Scarlett launches, details could show up at E3 next year.

Whether updates are something you look forward to, or they’re the bane of your existence, they nonetheless appear. Unsurprisingly, it happened this week too. 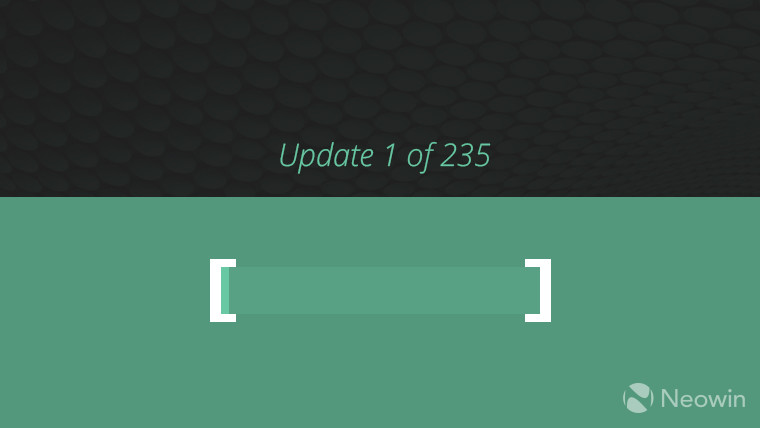 People expecting a new iteration of Windows Admin Center version 1806 were presented with exactly that. This one adds view/copy support for under the hood PowerShell scripts, management of Server 2008 R2 connections with a limited toolset, plus a number of improvements to existing tools. Naturally, the added features also introduce a few known issues like the unavailability of the remote desktop tool, no form validation or error messaging formatting for Scheduled Tasks, and others.

Joining the preview above are those for Windows Server 2019 build 17692 and its SDK. New features include a preview for Hyper-V 2019, as well as something called System Insights. The latter brings “local predictive analytics capabilities natively to Windows Server.” Server Core app compatibility has also been improved thanks to the new and related Feature on Demand.

Unfortunately for those in the Fast ring, there was a showstopper bug found during development, so no new Redstone 5 build was released this week. Our very own Rich Woods wrote a piece on the state of the Insider Preview and the current uselessness of the Slow ring.

But not everyone is interested in the experiencing the newest bugs or trying out upcoming features. For those who are more than happy on the stable side of the fence, updates were also pushed out. In order of appearance, they are:

Continuing a bit from last week’s leak of Microsoft hardware codenames, there’s been some more news in that same arena. 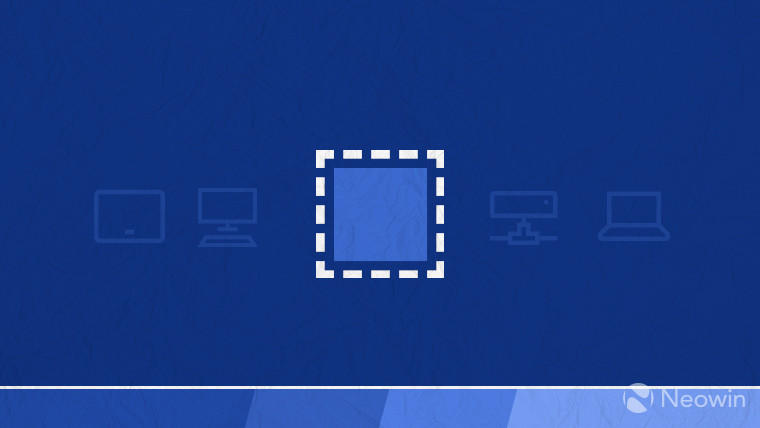 Emphasizing its commitment to the Software-as-a-Service (SaaS) model, Microsoft has unveiled another data center investment, this time in Norway. Two such facilities will be built in the country, one in Norway capital, Oslo, and one in the Stavanger region. Services like Office 365, Dynamics 365 and Azure are expected to be delivered via the new data centers, with the latter making its way to the region first, in late 2019. Investments in high-scale hardware haven’t been the sole thing to emerge from Redmond this week, though.

Eyeing a slightly smaller form factor, the Surface Laptop got a base SKU upgrade to a Core i5/8GB RAM/128GB SSD, doubling the amount of RAM, all for $999. The former base model, sporting only 4GB of RAM, is still around, though it might disappear soon if the same situation with the new Surface Pro is any indication.

Shrinking things further still, the rumored Surface Phone – codenamed Andromeda –, in all its dual-screened folding glory, will indeed be able to make phone calls. This Courier-like device is currently expected to show up sometime this year, though no exact time frame is known.

Last but not least, Qualcomm’s upcoming Windows 10 on ARM chip is said to be the Snapdragon 1000. This is a big number bump from the current flagship, the 850, and is reportedly going to be a socketed 12W chip. This means it won’t be integrated into the motherboard, and could be positioned as an ultra low-power chip to compete with Intel’s 15W U-series ultrabook processors.

While Microsoft has announced a number of acquisitions this month, including the four gaming studios at E3, plus GitHub at the top of the month, the company is not quite done yet. 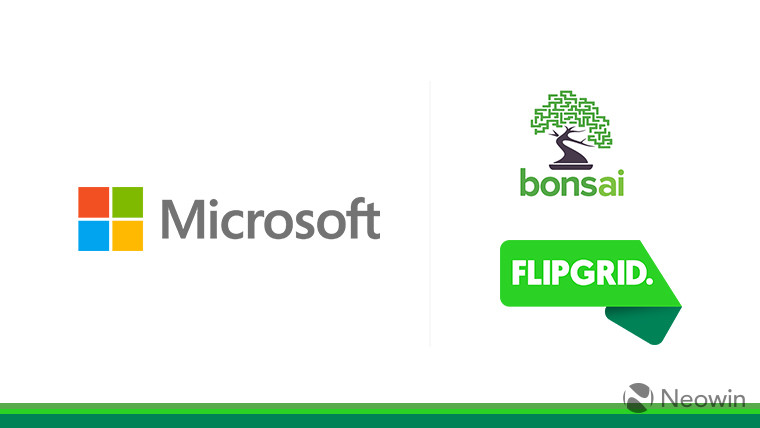 First off is Flipgrid, a video-based education platform that’s used by in excess of 20 million students. According to Microsoft, the service will now be made free for schools – following in the footsteps of Office 365 Education -, with the company issuing refunds to all those who have bought a Flipgrid subscription. Furthermore, the service will continue to function on its own, and support for its mobile and PC apps will also remain.

In the context of its recent investments, the next acquisition – for now – is not much of a surprise: California-based AI firm Bonsai. According to Microsoft, there will be 800 million autonomous operations by 2025, and it wants to harness Bonsai’s technology and expertise to create the “brains” of these operations. As such, the tech will be integrated into the Azure Cloud and of course, Azure IoT.

The Redmond giant’s been pretty clear with its investments this year, so it wouldn’t be much of a surprise to see yet another acquisition before the end of the month.

Missed any of the previous columns? Why not click here to catch up?