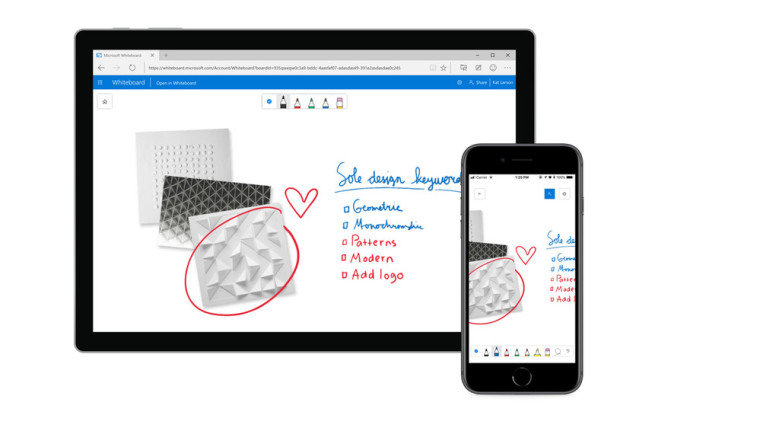 Microsoft has released a new update for the Whiteboard app for iOS users. The latest update brings new features to the app and now requires iOS 12 or later to work.

With the new update, iOS users can now assign template items to their teammates and Whiteboard will include those in the email summary. Furthermore, the latest update also contains bugs fixes and improvements for the app. Here's the full changelog of the update:

Now requires iOS 12.0 or later. You can now assign template items to your teammates and Whiteboard will automatically include these in your email summary. This release also contains regular bug fixes and quality improvements.

Microsoft has released a couple of updates to Whiteboard over the past several months. Last year, the company added support for templates in preview as well as redesigned the board picker for the Whiteboard app. Microsoft has also integrated Whiteboard into Teams along with the addition of customizable backgrounds.

The latest Whiteboard update bumps the app to version 20.10518.0.5186. If you are using Whiteboard on iOS then you can head to the App Store to get the latest update.