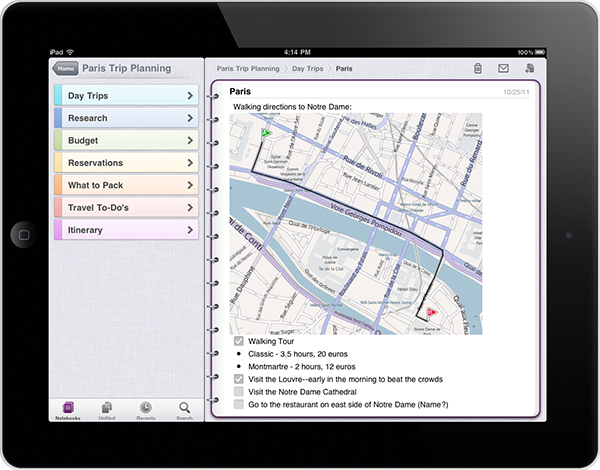 Microsoft continues to expand its support for applications that will run on Apple's iOS devices. This week, the company released a new iOS version of its OneNote application. In addition to new features for the iPhone version, this new OneNote iOS app has now been fully optimized to use the large screen of both the iPad and the iPad 2.

The new 1.3 version of the iOS app also has a number of additional new features including a new tabbed user interface, table rendering an option to sync notebooks over a Wi-Fi connection and more. The new version also has new support for more languages and global markets along with improvements with signing into Windows Live.

While OneNote is free to download, the 1.3 version does have a limit of 500 new or previously created notes. If you are a power user and want more than 500 notes, you can sign up to get unlimited access to the app. iPhone users can get unlimited use of OneNote for $4.99. The new iPad version is a bit pricer; tablet users will have to pay $14.99 to get full unlimited access to OneNote.