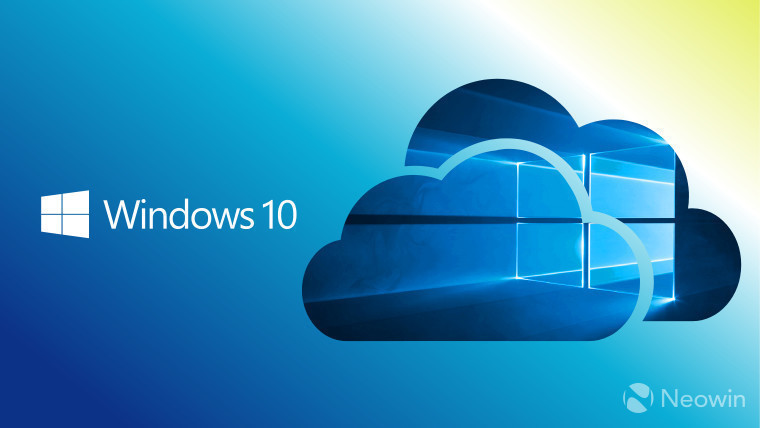 Details of Windows 10 Cloud, a new SKU of the operating system, have been gradually emerging over the last few months. Today, we've got our first look at Microsoft's vision for the hardware that will be needed to run it.

Earlier this month, rumors began to swirl of Microsoft's plans to host a Windows 10 Cloud event, at which it could potentially announce a new, modestly-priced device. On April 12, Microsoft announced an upcoming event, to be held on May 2, with the tagline 'Learn what's next', and the hashtag #MicrosoftEDU. Aligning with recent reports that the company has been working on a 'conventional' laptop to join its Surface range, it's widely believed that Microsoft is working on a device nicknamed the 'Windows 10 CloudBook', targeting the education sector.

As with Microsoft's other Windows 10 hardware, Microsoft will be hoping that other manufacturers follow in its footsteps and build similar devices of their own, helping to grow its ecosystem further. Today, Windows Central published an internal document detailing the recommended minimum specifications for devices to run Windows 10 Cloud, along with performance benchmarks against Google's Chromebooks, which have become a firm favorite in the education sector.

Bear in mind that these are minimum recommended specifications for the platforms, and if Microsoft does indeed launch its own 'CloudBook', it's possible that it will offer better specs than these basic recommendations. Even so, it's clear that Microsoft is targeting a very different audience with Windows 10 Cloud compared with other editions of the OS; its performance benchmarks appear to focus primarily on how quickly the device can be powered up, and how long its battery will last.

Even so, by Microsoft's own admission in the confidential slide shown above, some of those benchmarks still don't quite match Google's Chromebooks in the Redstone 2 (Creators Update) builds of Windows 10 Cloud. Interestingly, the document's references to 'Edu' and 'students' strongly support the notion that education will be the key market for this new Windows 10 SKU, at least at launch.

Despite its name, Windows 10 Cloud appears to have little more to do with Microsoft's cloud infrastructure than other Windows 10 versions. The Cloud SKU will be restricted to running apps installed from the Windows Store, potentially offering much greater security on those devices, and limiting the impact of malware and viruses. That has invited obvious comparisons with the old Windows RT, but there will be some key differences.

One major difference is that Windows 10 Cloud will be capable of running Win32 apps that have been converted using the Desktop App Bridge (Project Centennial) and listed in the Store, which wasn't possible on Windows RT. Another advantage compared with Windows RT is that Cloud will be upgradeable to more fully-featured editions of Windows 10.