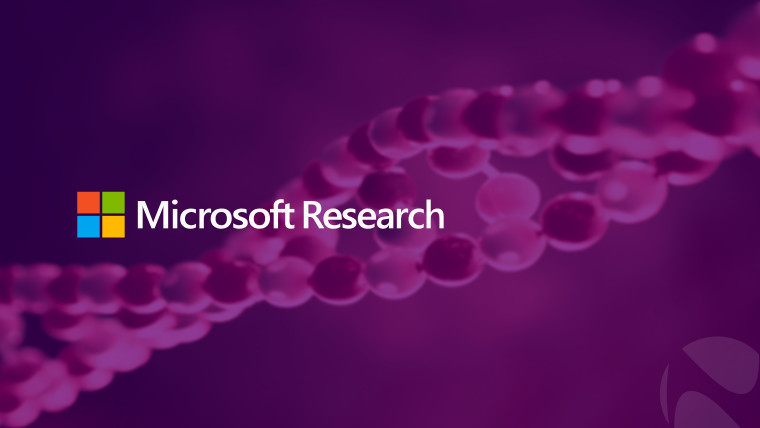 Microsoft: a technology company best known for Windows, Office, ...and curing cancer? While that last one may be very surprising, the company’s claims to fame may indeed feature some medical miracles in the near future. In fact, Microsoft says it might ‘solve’ cancer in the next 10 years.

Microsoft is well known for its popular operating system and almost indispensable Office suite, but the company’s research arm often deals with much more interesting and long-term projects, that combine the company’s technical prowess with other fields of science. The company’s Biological Computing lab is just one such project, which marries big data, cloud processing, computer modeling and biology in an effort to better understand our own living cells.

The team is working on a number of different projects, all aimed at understanding how our bodies work. Most of their work is focused on modelling how living cells grow, spread, multiply and “decide” to become cancer or to die. In parallel, but complimentary to this research, scientists are trying to develop molecular computers, built out of DNA, that could detect, interact and perhaps correct or destroy cancerous cells.

Recent developments may impact all our lives, as Microsoft’s researchers are hoping to ‘solve’ cancer within the next 10 years. The engineers, biologists, and data scientists involve, use the world ‘solve’ instead of ‘cure’ because their approach aims to transform cancer into a manageable, chronic disease.

It’s long term, but… I think it will be technically possible in five to 10 years’ time to put in a smart molecular system that can detect disease.

If we are able to control and regulate cancer, then it becomes like any chronic disease and then the problem is solved. I think for some of the cancers five years, but definitely within a decade. Then we will probably have a century free of cancer.

While the Biological Lab has existed for almost nine years now, the team’s work and results have mostly been restricted to the scientific community. Chris Bishop, lab director inside of Microsoft Research, explained why the company is taking such a deep interest in a seemingly unrelated field:

I think it’s a very natural thing for Microsoft to be looking at because we have tremendous expertise in computer science and what is going on in cancer is a computational problem. It’s not just an analogy, it’s a deep mathematical insight. Biology and computing are disciplines which seem like chalk and cheese but which have very deep connections on the most fundamental level.

Meanwhile the modeling systems, together with machine-learning algorithms that are parsing published research and data, are already being used in the pharma industry to better understand how drugs interact with cancerous cells, and why some patients develop resistance.

If Microsoft’s team, together with researcher from around the world, can work and facilitate a breakthrough in how we treat cancer by combining technology and biology, then perhaps Microsoft’s name will soon become a symbol for something much more important than operating systems or gaming consoles.