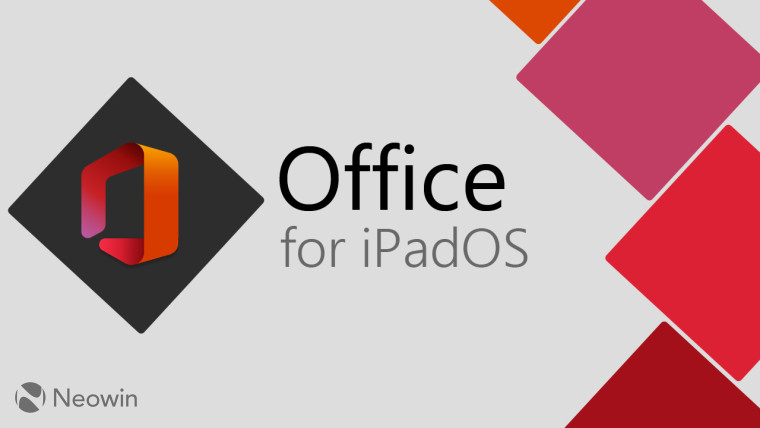 Microsoft debuted a unified Office mobile app back in 2019 during its Ignite conference, bringing a singular solution for Android and iOS that combines the functionality of not just Word, Excel, and PowerPoint, but also adds document scanning and file-sharing capabilities. The offering was made generally available to users of those two mobile platforms in February last year. However, at the time, the app was not offered for iPadOS users.

That changes today, as the unified Office app is being updated to support iPadOS devices (spotted by The Verge). The release notes state that the offering is now optimized for the tablet OS, adding easy editing options for Office files from a single app, along with a host of other features such as the ability to view and sign PDF files, convert pictures into documents, publish PPT files to PDF, and more.

The Office app is a free offering for all users and can be downloaded from the Apple App Store here. However, Microsoft 365 subscribers have access to premium features such as tracking and reviewing changes in Word files, customizing PivotTable styles in Excel files, ink annotation and Designer features for PowerPoint presentations, and much more. You can head to the documentation here for more information on all the premium features on iOS and iPadOS.

Support for the unified Office app on iPadOS will be a welcome addition for those that rely on iPads for editing documents on-the-go since it simplifies the process of accessing the most common file formats. Considering that the Redmond firm’s productivity apps on iPadOS added support for trackpads late last year, it wouldn’t be surprising if the iPadOS version of the unified offering ships with support by default – though, it is not mentioned in the release notes explicitly.