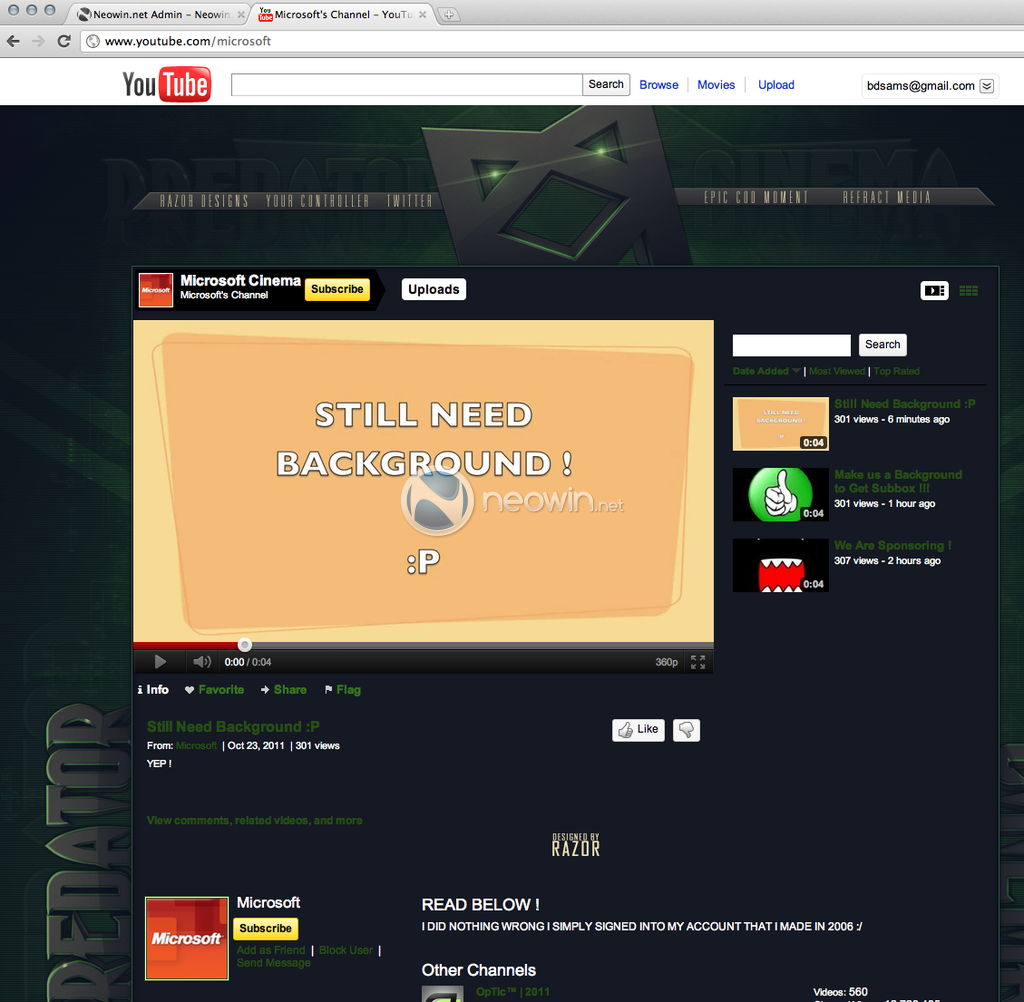 In what appears to be an attack on Microsoft, the company had its main YouTube channel hacked today.

All of the page’s previous YouTube videos were deleted and replaced by two others, one of which is a four second video with text that simply says “We are sponsoring!” and the other of equal time which says “Make us a background for a subbox!”. To rub salt in the wound, the videos appear to have been made in Apple’s iMovie – evidence to suggest that the hacker involved is anti-Microsoft, pro-Apple.

Microsoft has a good track record of keeping their online profiles and systems secure, however no one can blame the company here since they didn’t have complete control over of the security of their account. As of time of writing it appears that Microsoft still haven’t gained access, however like one of the commenters has said “Microsoft has one of﻿ the most advanced technologies that can track you lil' home”

Both Microsoft and YouTube are yet to say anything about the intrusion however you might imagine that both companies may have been caught a little off guard.

Brad Sams contributed to this article. 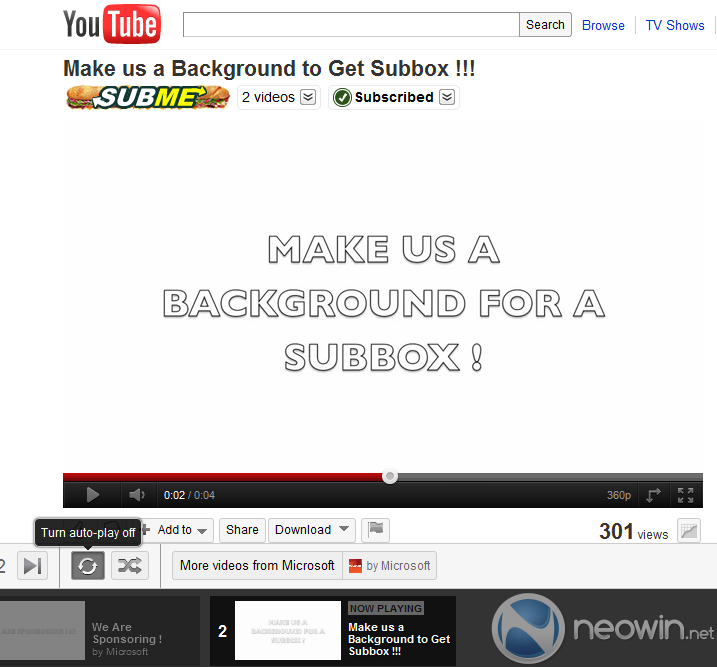 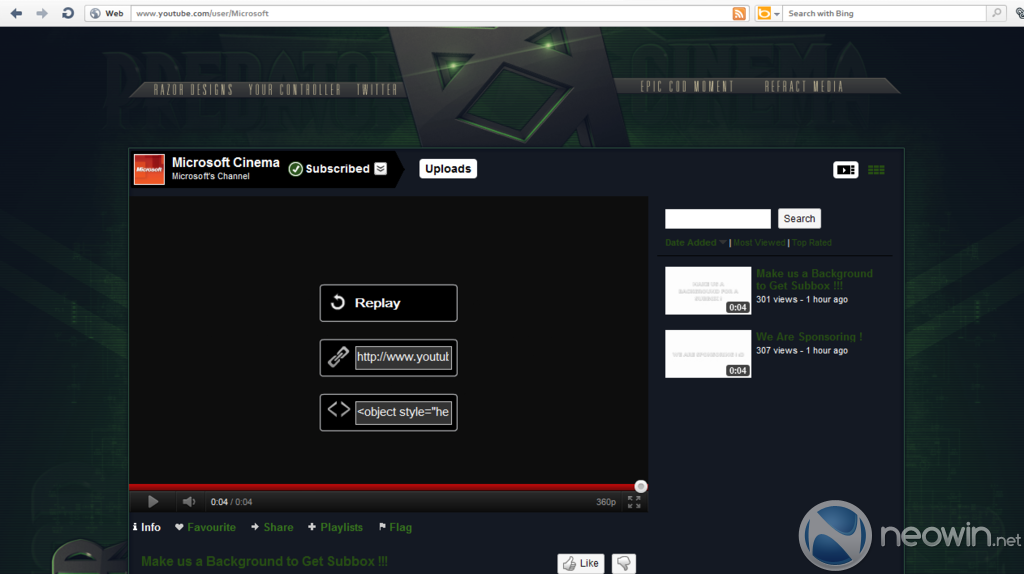