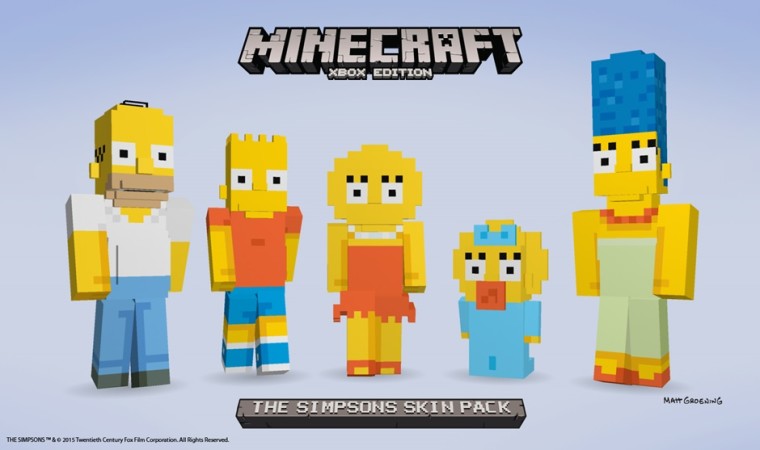 It looks like 'The Simpsons' are coming to the world of Minecraft in an upcoming download that will be available for Xbox One and Xbox 360.

Starting in late February, you'll be able to download some of your Springfield favorites like Homer, Marge, Bart, Lisa, and Maggie into the Minecraft universe. But, those won't be the only characters available, as the official press release states that you will also have 19 other characters from Springfield Elementary that will be joining the Simpsons family. Although the Springfield Elementary characters have not been disclosed, it is possible that we could also see popular characters like Ralph Wiggum, Martin Prince, Seymour Skinner, Groundskeeper Willie and others.

Unfortunately, those playing Minecraft on other platforms will have to be patient, as the downloadable content will initially only be available for the Xbox One and Xbox 360. Although not announced, the official press release does state that it will come to other platforms in the future.

The Simpsons downloadable content will be priced at $1.99 USD and be available in late February on the Xbox One and Xbox 360.