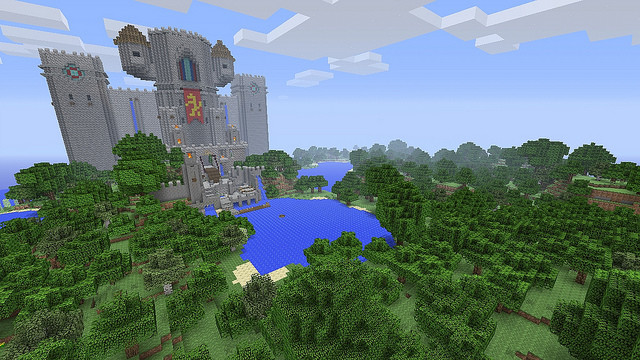 The gaming phenomenon that is Minecraft continues to expand and grow well beyond anyone's expectations. The Mojang-developed sandbox game has sold 13 million copies just in its PC version since it was released in 2009. In May 2012, Microsoft released an Xbox 360 port of Minecraft, developed by 4J Studios, that sold 1 million copies by just a week after it was launched.

This weekend, Microsoft confirmed that the Xbox 360 port has now sold 10 million copies. However, the console exclusivity that Microsoft held onto for the game comes to an end on Tuesday. That's when Sony will release the PS3 version of the game via the PlayStation Store.

The official PlayStation blog says that the PS3's Minecraft port will have all of the features of the Xbox 360 edition and both versions will be developed at the same time from now on. Downloadable skins and texture packs for the PS3 port will be available at a later date.

The PlayStation 4 and PS Vita consoles will get their own Minecraft ports sometime in 2014, but a specific release date was not announced. Microsoft has already revealed that an Xbox One version is under development that will support larger worlds and more multiplayer features compared to the Xbox 360 edition, though no release date has been given.