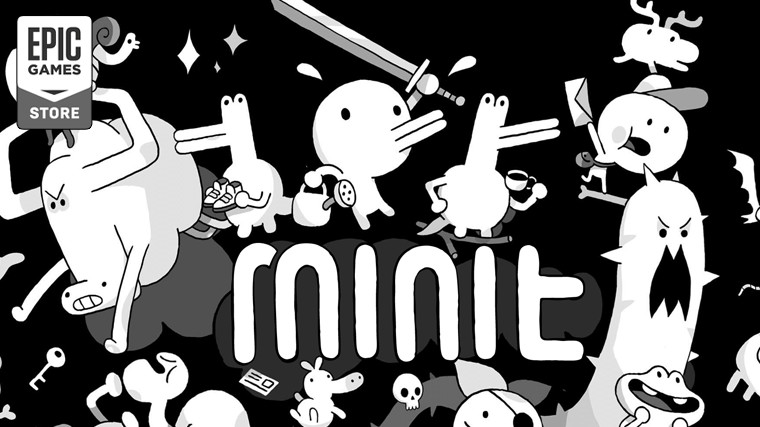 Epic Games Store is putting on offer Minit to claim for free this week, taking the place of Everything and Metro 2033 Redux.

Minit is a unique take on the puzzle and adventure genres that gives the player just a minute - per life - to explore the world and uncover its mysteries. One has to progress by exploring new avenues every time – you do keep any items you find during each sixty-second life.

It originally released in 2018, developed by Jan Willem Nijman, who is the co-founder of Vlambeer, the studio behind titles such as Luftrausers, with contributions from Kitty Calis and Dominik Johann, as well. Jukio Kallio composed the original soundtrack. Minit was received positively at launch by critics and players alike and was nominated for several awards, including for the ‘Game Design’ category at the 15th British Academy Games Awards. Here’s how the Epic Games Store describes the title:

Minit is a peculiar little adventure played sixty seconds at a time. Journey outside the comfort of your home to help unusual folk, uncover countless secrets, and overcome dangerous foes, all in hopes of lifting a rather unfortunate curse that ends each day after just one minute.

Epic Games Store is offering the title at no cost for players on Windows, though it's worth noting that it is also available for macOS and Linux via Steam, where it is priced $9.99 at the time of writing. Here are the minimum requirements for the game:

If you wish to claim Minit, here’s its store page. It will be free to claim until October 10, which is when Epic will put on offer Surviving Mars for its next giveaway.