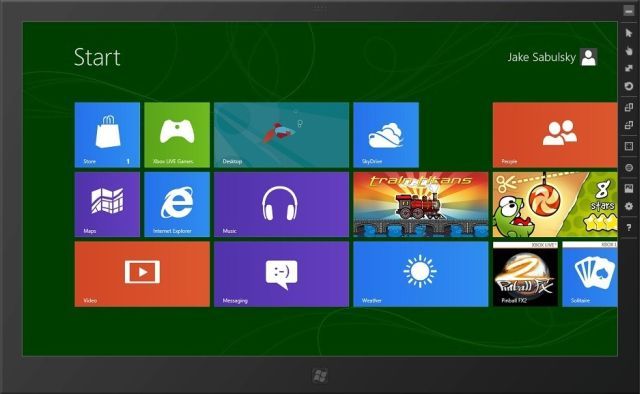 With the release this week of the Windows 8 Consumer Preview, many people who might be interested in creating Metro apps for the operating system may have some questions about what Microsoft has added to Windows 8 since the launch of the Developers Preview version in September. Today, the new app developers blog has some answers, courtesy of Microsoft's Jake Sabulsky.

The highly technical blog post goes over several new additions for making Windows 8 apps. One comes from a frequent request from developers who told Microsoft after the release of the Developer Preview that they wanted to render their apps quickly in DirectX while also making use of the Metro user interface. Sabulsky states that Microsoft has now added three new XAML types for supporting a large range of DirectX features. He states:

With the Consumer Preview, you can now smoothly integrate XAML and DirectX 11 in the same Metro style app to create a fast and fluid experience. For example, you can now create a DirectX game and use XAML to process input, create graphics for heads-up displays and menus, or bind to your app’s data model.

The blog post goes over a number of other topics such as adding more improvements for Blend to make HTML apps for Windows 8 and adding support for a PlayReady Metro API for DRM features in apps. There's also added support for debugging apps in the Consumer Preview version, including some new features for the Simulator such as adding 1024x768 resolution support, as you can see in the image above.