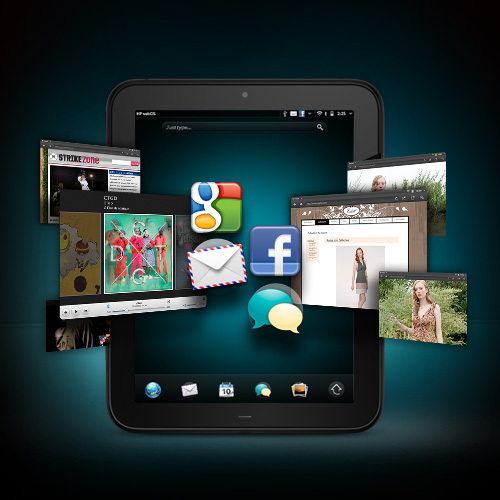 Droidmatters has learned, via an image supplied by an anonymous tipster, that Best Buy stores around the US are to receive shipments of HP's discontinued tablet in the next week.

The TouchPad went from a flop to a must-have item last week after HP announced it was getting out of the PC and tablet hardware business and followed up by dropping the price of the TouchPad to just US$99 for the 16GB version and US$150 for the 32GB variant.

Unsurprisingly, the 9.7 inch tablets sold like hotcakes, with online and bricks and mortar stores alike selling out within hours.

The image obtained by Droidmatters, apparently a screengrab of an internal Best Buy system, features a memo instructing employees to print a form for customers to fill out to express their interest in a TouchPad. The customer would then apparently be contacted should any become available.

As for HP themselves, their website currently advises of a ''temporary'' shortage of TouchPads brought on by high demand, but doesn't give any hint as to a restock date, though Droidmatters claims HP will get stock ''sometime next week''.

Meantime, the TouchDroid project, which aims to port Android to HP's tablet, appears to be off to a rocky start.

A copy of an IRC chat, purportedly between developers intimately familiar with the project, has revealed that ''next to nothing'' in the way of progress has been made on the port.

In the chat, dated August 24, a project member identified only as ''jbruchon'' hits out at internal ructions that he claims have created distractions and created unnecessarily high expectations for the TouchDroid project.

''People have been reporting that 'TouchDroid has a working kernel that can run Android' THIS is a FALSE statement,'' he said.

''We lack functioning ADB support, which is crucial; talent joined up after I smoothed everything over last night that has extensive ADB knowledge, so this MAY be easily fixed by those people.''

Developers should now discuss the project only in private and avoid talking to the media, he said.