The Windows 8 Consumer Preview build has been out in the open for over a month now but there are still quite a few features that have gone unnoticed or undocumented since its release. ZDNet.com posted up some hidden features a few days after the Consumer Preview was released and now they have discovered quite a few more while playing with Windows 8. 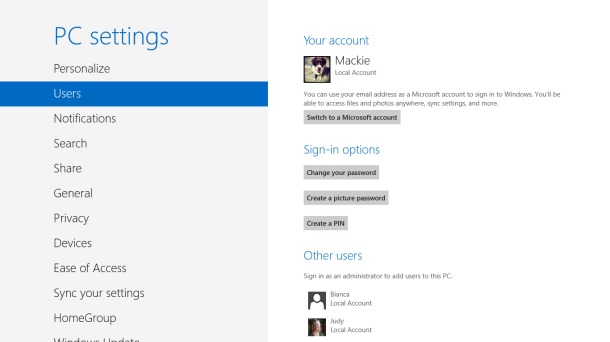 One of them relates to Windows 8 accounts. While you can still sign onto Windows 8 with a local account just like previous versions of Windows, Windows 8 also has a second Microsoft Account option. Using that account lets the Windows 8 owner sign in to a secure service. It also lets users sync up their settings for more than one PC. You can switch between the local account and the Microsoft account in the Settings under the Users tab shown above.

If you hate the fact that a lot of Windows programs insist on putting themselves in your Start folder, the article states that Windows 8 makes it easy to manage those programs. The Windows 8 version of the Task Manager lets folks disable those pesky programs from showing up in the Start menu, which speeds up the PC's boot time in the process. Just select any program on the Task Manager and then click on the Disable button at the bottom of the Task Manager box. 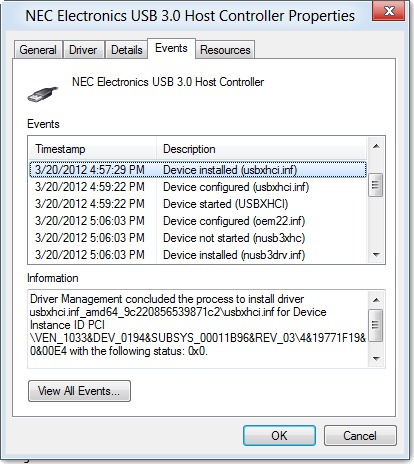 Yet another useful but somewhat hidden feature is the new Events tab in Windows 8's Device Manager. This feature lets people check on the actual history of the drivers that have been installed for each device, which can be very helpful in case something goes wrong. There's also a View All Events button that brings up another selection where all the events in a Windows 8 device's life can be seen. These are just a few of the nifty little secrets the article has for Windows 8 power users.