Who has the fastest web browser on Windows? Would you believe Internet Explorer 9? That's the claim from New Relic, a company that helps web sites boost their performance. They conducted a study on the speed of various web browser for Windows and Mac. New Relic states they conducted their study by observing 5 billion global page loads for a period of one week in March 2012. 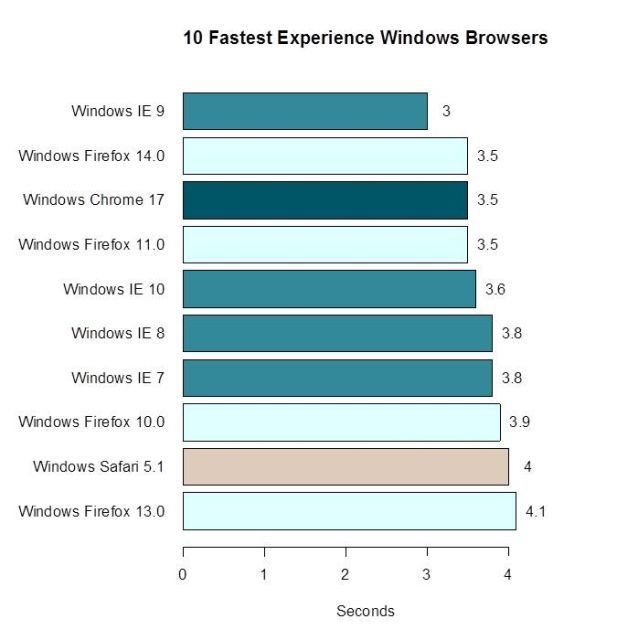 On the Windows side, IE 9 was the fastest with an average page load time of just 3 seconds. Mozilla's Firefox 11 and 14, along with Google's Chrome 17, all tied for second with load times of 3.5 seconds each. 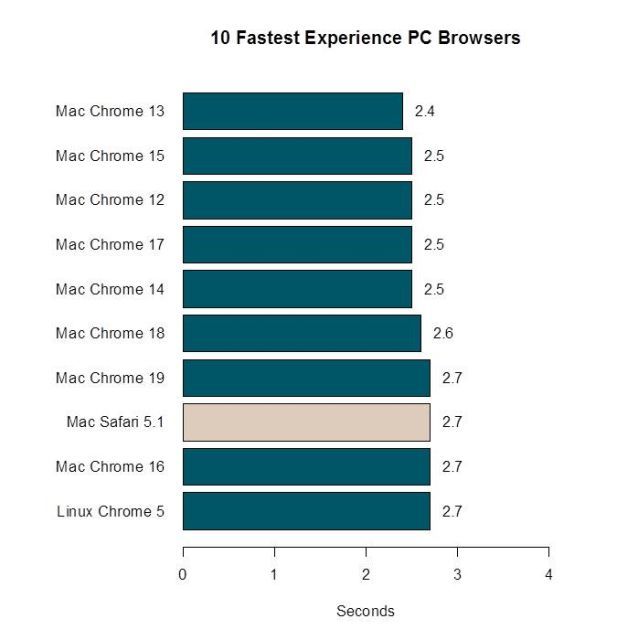 While IE 9 may be fastest on Windows, on the Mac it's a different story. As the chart above shows, the 10 fastest web browsers on the PC (combining results from both Windows and Mac) all belong on the Mac side, with the Mac port of Chrome 13 being the fastest to load a page at just 2.4 seconds.

In terms of web browser popularity, New Relic says that the various versions of Internet Explorer still rule on Windows with 40 percent of the market share. However, Google's Chrome is in second, according to the study, with 33 percent, followed by Firefox with 24 percent. Opera and Safari are well behind at two percent and one percent, respectively. On the Mac side of things, it's no surprise that Safari is the leader with 59 percent of the market share. Firefox is second with 21 percent and Chrome is not far behind at 19 percent.