Mozilla has announced that nightly versions of Firefox "Australis", which contains a new theme and many other UI enhancements, will be available to testers starting on Monday.

Australis is a project aimed at developing a streamlined interface for the Firefox browser with an updated design, improved customizability and a new Firefox menu.

According to the company's mailing list, Firefox nightlies will start getting Australis UX builds starting Monday, which will be followed up by nightlies of version 29 in December. The project is expected to merge with "mozilla-central" in the near future, depending on the feedback received. After evaluation of the nightlies, Mozilla would decide whether the new UI would make it into the final release of Firefox 29 in mid-April. 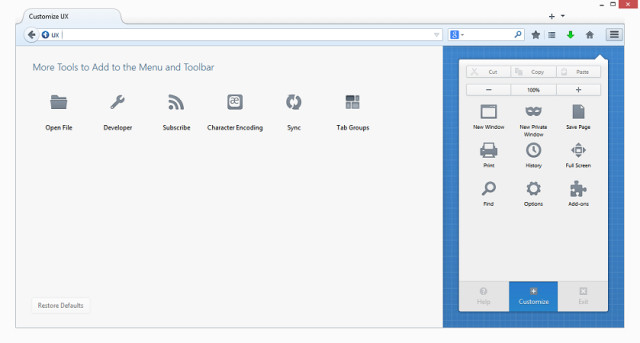 A separate branch of the Australis project builds will be maintained while "mozilla-central" will continue to be updated with non-Australis code in order to reduce the overhead in case it is decided not to include the updated UI in the next release.

Mozilla has been rapidly developing the Firefox browser with new features and implementing new UI elements on a variety of operating systems such as Android, Windows and Windows 8's Modern UI in recent times and Australis is expected to further boost the consistency of the browser's interface across all platforms.

Testers and enthusiasts can grab the nightly builds for Windows, Mac, Linux (32-bit and 64-bit) from the UX branch; bug tracker for the test builds can be found at mozilla.org.