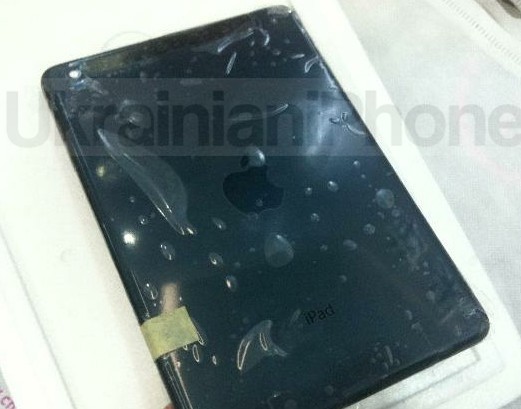 The iPad mini is a long standing rumor but it finally seems to have become reality. The Wall Street Journal citing "people with knowledge of the situation" says that Apple has started production of the new device. According to sources the new iPad will have a 7.85 inch screen with a lower resolution than the current iPad. And apparently the device is supposed to hit markets before the holidays, though in my own opinion that seems unlikely.

It's worth noting that this isn't the first time we've heard such a rumor. The Wall Street Journal reported earlier in the year that Apple had begun testing the iPad mini, and certain folks were convinced it would have been unveiled by now.

The rumor does have its merits though, as with a 7-inch device Apple would start competing with devices at a lower price point in the market, such as Google's Nexus 7 and Amazon's Kindle Fire. Though the extra 0.85 inches to it's screen might put the new device in a league of it's own.

Apple has sold over 400 million iOS devices to date, and with their widespread distribution channel they may be able to penetrate markets a lot more effectively than both Google and Amazon. An unveiling event for the new iPad mini is rumored to take place later this month.

And just to get your appetite ready, that picture at the top is a purported iPad mini that was just leaked. As 9to5Mac note it's sporting a SIM card tray and similar antenna specs as the iPhone 5.

What do you think? Is this actually happening? And are you excited about it?