We've seen a few bits and bobs on the Acer Iconia W3 floating around in the past, first via Minimachines and then via a premature Amazon listing. The 8.1-inch Windows 8 tablet, which will likely cost around $380 when it launches, is the first Windows 8 tablet to come with a screen size under 10 inches, and today we're seeing basically everything else about the tablet leak that we didn't already know. 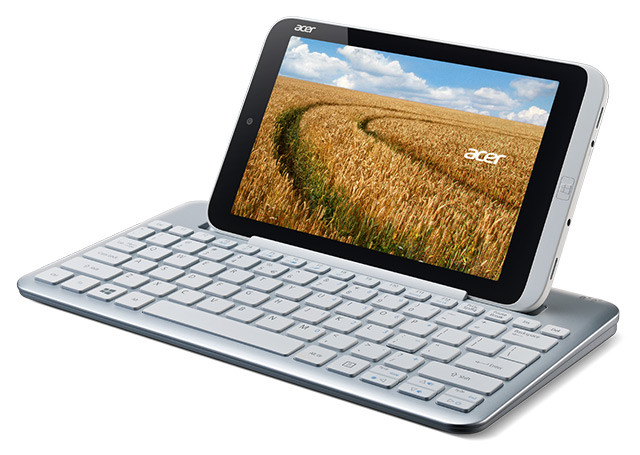 Acer's Finland website has revealed a considerable amount of information on the W3 by prematurely making the product page for it live. The tablet will come with an 8.1-inch LCD, WXGA-resolution display (1280 x 800, 16:10), an Intel Atom 'Clover Trail' Z2760 processor with 2 GB of RAM and 64 GB of on-board storage plus microSD card expansion, a 2-megapixel front facing camera, 802.11b/g/n Wi-Fi and Bluetooth 4.0, micro-USB and micro-HDMI ports, and a battery capable of 8 hours of video playback.

The device will be running Windows 8 Pro out of the box and will apparently come with Microsoft Office, although it's unclear if it's a fully licensed version or just a trial like many OEMs include on their computers. Plus there will be the optional snap-on full sized keyboard that we've seen before, which appears to have room (visually) for an extra battery although nothing is said about it on the device's page. 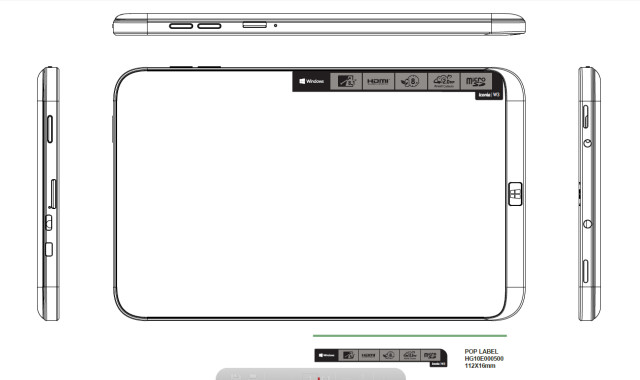 Also, the Iconia W3-810 passed through the FCC recently complete with some diagrams, although it doesn't show anything particularly interesting about the device. Surely with all these leaks and reveals, even from official sources such as Acer's own website, the W3 will be launched officially very shortly.