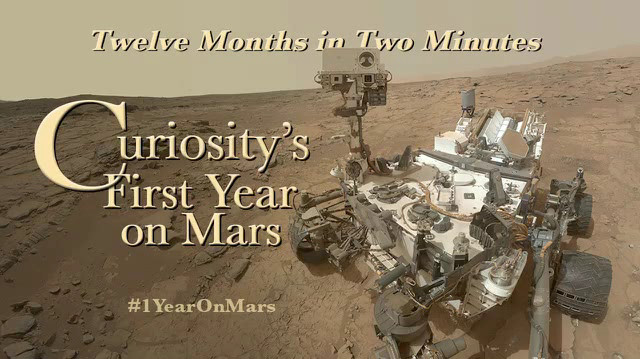 Let's face it, we're all geeks at heart and sending a rover to Mars falls firmly into that category of geekiness, not to mention damn cool at the same time!

On August 6th, Curiosity will be celebrating one (Earth) year of discoveries on the Red Planet, and NASA has released a cool timelapse video to mark the occasion, which you can see below. The video is made up of 548 images captured by the rover as it navigates through sand banks and examines rocks for minerals and signs of life.

Nasa's Jet Propulsion Laboratory is also going to be hosting two talks on August 15th and 16th which will go over the missions successes so far. Curiosity is currently making its way towards its primary mission destination of Mount Sharp.

Its primary goal to find "evidence for an ancient wet environment that had conditions favourable for microbial life" has already been accomplished.