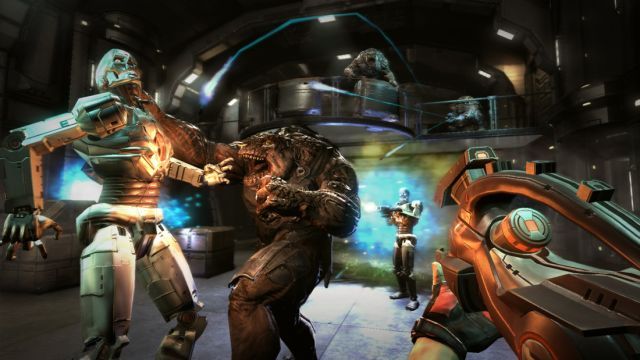 Duke Nukem Forever players will soon be able to purchase and download an all new single player campaign for the recent first person shooter. Gearbox Software has announced plans to release The Doctor Who Cloned Me on Tuesday, December 13 for the PC, Xbox 360, and PS3 versions of the game.

The Doctor Who Cloned Me sounds like Duke will have to face some evil clones of himself as he tries once again to defeat the evil Dr. Proton inside a secret base at Area 51. Gearbox Software doesn't offer much in the way of details about the pack, saying only, "Alongside new enemies and bosses, the add-on packs new weapons and new interactive objects across the new environments, plus new achievements and trophies." Hopefully the add-on is going to be better than the main game, which was mostly developed by 3D Realms with Gearbox coming in to basically finish the job.

The Doctor Who Cloned Me will also add four new multiplayer maps to Duke Nukem Forever: Sky-High, Command, Drop Zone and Biohazard. The DLC pack will cost $9.99 for PC and Playstation 3 owners of Duke Nukem Forever with Xbox 360 players paying 800 Microsoft points to purchase and download the add-on pack.