WMPoweruser.com has just posted a new image of the Windows Live Phone service that will be a companion, cloud service for Windows Phone 7 when the devices are released. The image shows a few of the functions that will be available on the service; this followers a blurred image we had seen of this service via Long Zheng. 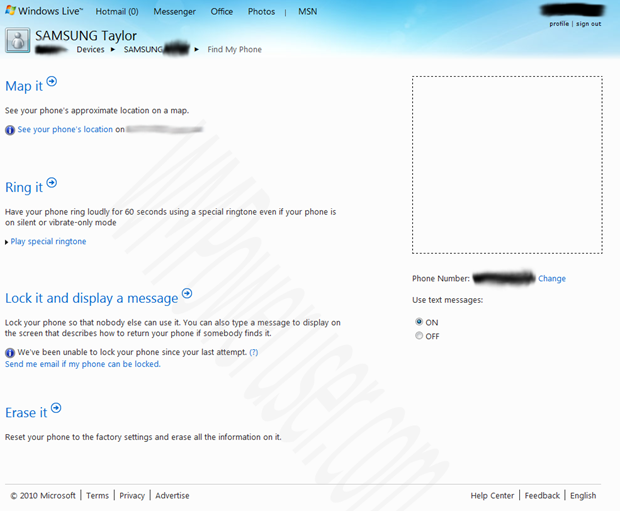 In the above image the options are all for the “Find My Phone” functionality of the service. Users will be able to see approximately where their phone is on a map which suggests a real-time fix rather than using the phone's last GPS "check-in" location. Users will also be able to ring their phone even if it’s on silent and lock their device and provide a message for someone else to read on the lock screen. Or, if things get drastic, users will be able to erase their phone. However with so much of a user's data on the phone also being stored in the cloud, erasing shouldn’t be as terminal as suggested but is probably not recommended.

Earlier this week Microsoft announced that Windows Phone 7 had been “released to manufacturing”, meaning that the code is now complete for Windows Phone 7 version 1.0. The company has yet to announce when devices will be available.