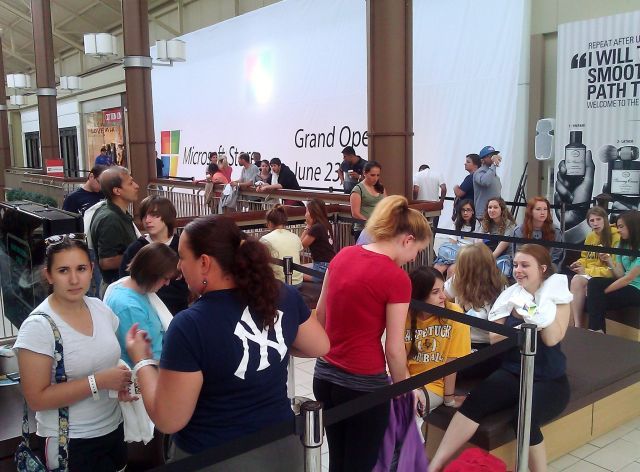 Microsoft is picking up the pace of its new Microsoft Store openings. Today, the company opens the doors at its new location in Danbury, Connecticut at the Danbury Fair mall. Newstimes.com reports that 2,000 people who come to the opening today will receive tickets for a free concert later this evening. The groups Young the Giant and O.A.R will perform.

Microsoft is also donating $1 million in software to the Danbury chapter of Junior Achievement as part of their new store opening. This will be the 19th retail store that Microsoft has launched since it began opening retail locations in 2009.

Microsoft has officially announced plans to open at least seven more stores and there are rumors of even more locations that will be launched in the near future. That includes recent, but unconfirmed, reports that Microsoft may open stores outside the US, including one in Canada and one in the UK. However, the current pace of store launches is still not keeping up with Microsoft's previous announcement in July 2011 that it would open as many as 75 new stores in the next two to three years.