Motorola is expected to launch the next generation Moto G smartphone in India tomorrow, but the hardware specifications of the device have already been revealed by leaked images of its box. 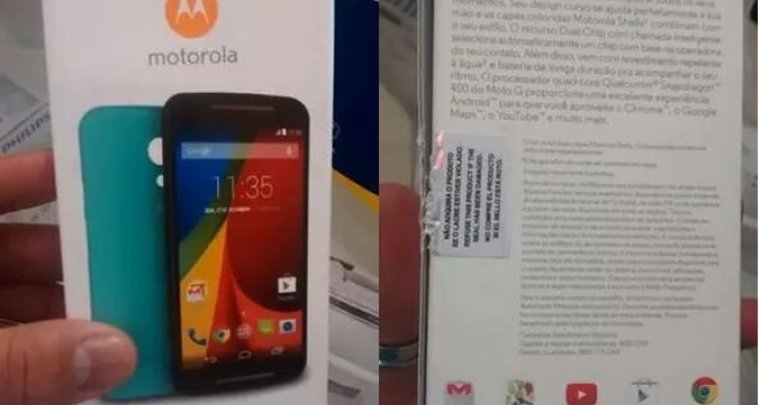 The new Moto G, which was earlier rumored as the Moto G2, is expected to be announced at a press event in New Delhi, India, tomorrow. The device will allegedly go on sale as early as September 10 at an approximate price of $250.

Now, a Brazillian retailer has posted images of the new Moto G's packaging which have revealed all of its internal specifications. These include, a 5-inch screen with 720p resolution with Corning Gorilla Glass on top, a 1.2 GHz Qualcomm Snapdragon 400 quad core processor, 1 GB RAM, 8 megapixel rear camera, 2 megapixel front facing camera and 8GB of internal storage.

The smartphone will run on Android KitKat 4.4.2 out of the box, and can be expected to get the Android L update, later.