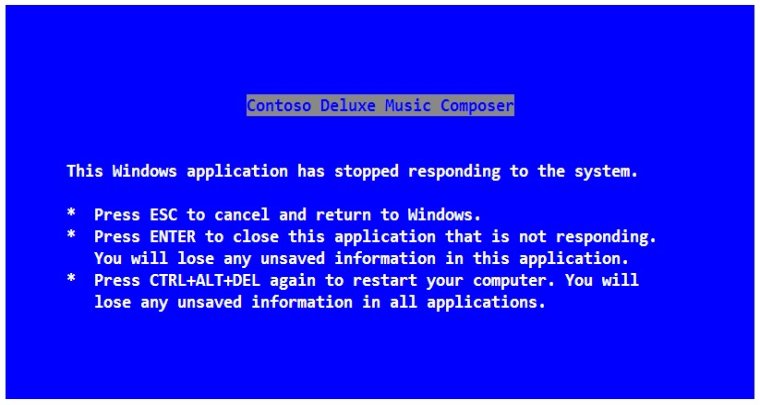 Microsoft's former CEO, Steve Ballmer, is credited with writing the original Blue Screen of Death text that has become a staple of the Windows platform. In a new blog post penned a few days back, Ballmer is given credit for re-writing the text that appears on the infamous BSOD that we all know and love.

The post talks about how he got involved with the text that would appear during a BSOD:

During this time period, Steve Ballmer was head of the Systems Division, and he paid a visit to the Windows team to see what they were up to, as is the wont of many executives. When they showed him the Ctrl+Alt+Del feature, he nodded thoughtfully and added, "This is nice, but I don't like the text of the message. It doesn't sound right to me."

So, Ballmer went back to his office, changed the text and emailed it back to the team a few days later; the rest is history. Steve's fix for what the screen should say was so good, it was nearly identical to the contents of the email that he sent.

Ballmer had many lasting impressions on Microsoft - some good, some not so good - but he served the company well and helped to generate billions of dollars in return to shareholders. While he may now be going all-in on his new basketball team, his legacy at Microsoft will live on forever.