While the next major version of Android - Key Lime Pie - may not debut at Google I/O 2013 on new Nexus hardware thanks to a delay from Google, there is a chance we might be seeing a new Samsung-built Nexus tablet launched at the event. A new rumor has surfaced thanks to a leaked Samsung roadmap that seems to indicate there will be a "Nexus 11" tablet launching in 2013, and the accompanying specs indicate a modest upgrade over the Nexus 10.

As you might expect from the name, the Nexus 11 will reportedly feature an 11-inch Super PLS TFT LCD display, likely at 2560 x 1600 (the same resolution as the Nexus 10), as well as Samsung's new Exynos 5 Octa processor featured in some variants of the Galaxy S4. The Exynos 5 Octa 5410 packs four ARM Cortex-A15 cores alongside four ARM Cortex-A7 cores, allowing lower-power tasks to be offloaded to the A7s to conserve battery. 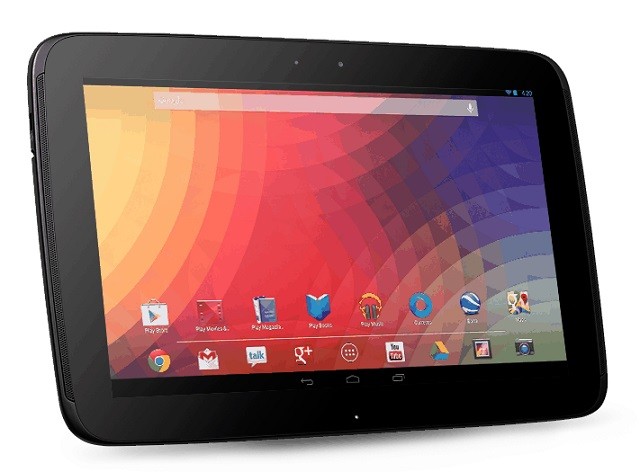 Other rumored specs include an 8-megapixel rear camera accompanied by a 2-megapixel front camera, and a microSD card slot for expansion, making it the first Nexus tablet to have expandable storage. The tablet could potentially launch with Android 4.3 on-board, which is expected to be the next OS upgrade from Google.

Samsung may also launch a similar 11-inch tablet, the Galaxy Tab 11, with TouchWiz on-board; the rumored specs for this device are similar to the Nexus 11, although instead of the high-end Exynos 5 Octa chipset, it may opt for the same dual-core Exynos 5 chipset seen on the Nexus 10. It may also not utilize such a high-resolution display, to keep the overall costs down.

As always, this is just an unconfirmed rumor surrounding Google's Nexus plans, but with Google I/O just around the corner, we'll soon know of what Google has in store for the market.