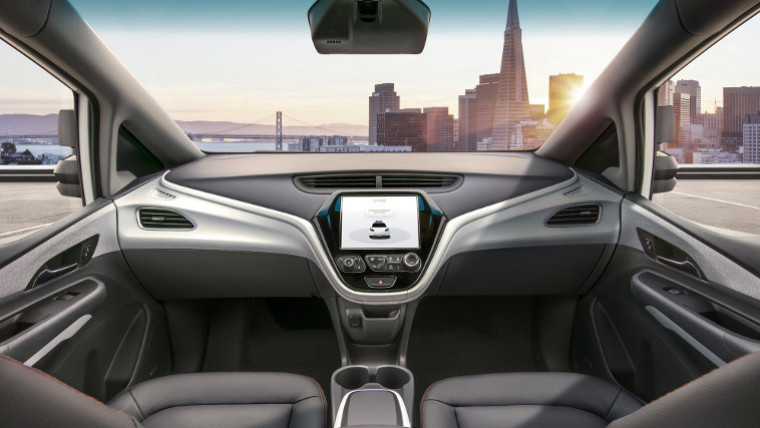 According to General Motors, its latest contribution to automated transport, the Cruise AV, only has to cross a few more regulatory hurdles before it can begin giving people rides across the USA.

The car maker believes that it can start rolling out its new car at some point in 2019. The Cruise AV is the child of both GM and Silicon Valley startup Cruise Automation, that GM acquired in 2016. The car's underlying body is that of a Chevrolet Bolt EV.

News about driverless or automated cars is pretty routine now, even from companies that don't even make cars. What makes this news a bit more special is that GM's car has completely done away with the steering wheel, pedals, and driver controls. So it truly is a driverless car, even if you wanted to drive it, you can't.

GM has openly stated that this car's main purpose is for ride-sharing. The company wants it to be a fully integrated and personalized experience. When a user gets into the vehicle, which they ordered through their smartphone, their personal preferences in music and climate control will be there to greet them.

The Cruise AV is an electric car, with automatic doors, and a charge range of approximately 238-miles. One of the considerations in its design is that it might transport people who may have difficulty opening doors, hence the automatic ones. The car could make a breakthrough in accessibility and transport for the elderly and for people who might not find using a conventional car for their ride sharing that easy.

GM says its really close to having the permission to fully roll out the vehicle nationwide, as they can already do so in seven US states without having any legal problems. The National Highway Traffic Safety Administration is the federal body that will have the final say on the matter. One of the technicalities that needs to be rectified is the fact that the car does not have an airbag fitted into its steering wheel, the obvious reason for this being that the car doesn't have a steering wheel.

The Cruise AV is reportedly the first production car in the USA that, from the offset, has no manual driver controls. Whether the car has some under the hood manual control override is not yet known. Surely there will be some instances where the car would need some form of manual control, for instance, what happens when the car gets taken in for maintenance? Will mechanics have to push the car onto maintenance ramps by hand?

These are most likely some of the things that will need to be ironed out or answered before, and if, the vehicle receives the final stamp of approval from the federal as well as other local state authorities.