Apple has confirmed that Siri won't be coming to any devices other than the iPhone 4S for the time being. This information comes from an e-mail sent to a customer who had suggested that Apple make Siri available as a paid upgrade for users of the iPhone 4 and the 4th generation iPod touch.

Apple response is below: 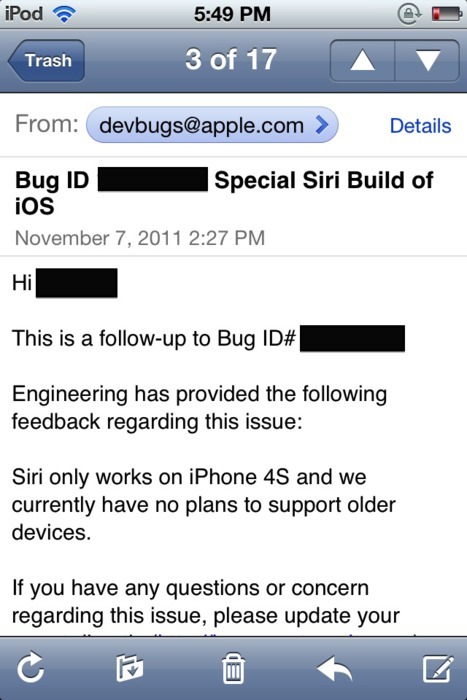 Still, Siri has been demonstrated on older jailbroken iPhones. The software, which uses vocal input to answer questions and perform tasks, appeared quite snappy even on the aging iPhone 3GS. Siri's exclusivity probably has more to do with it being one of the 'killer apps' driving 4S sales rather than any performance issues.

Even though some jailbreakers have gotten the software up and running on their devices, since Siri requires access to Apple's servers to function, they will likely be able to block access from older devices.