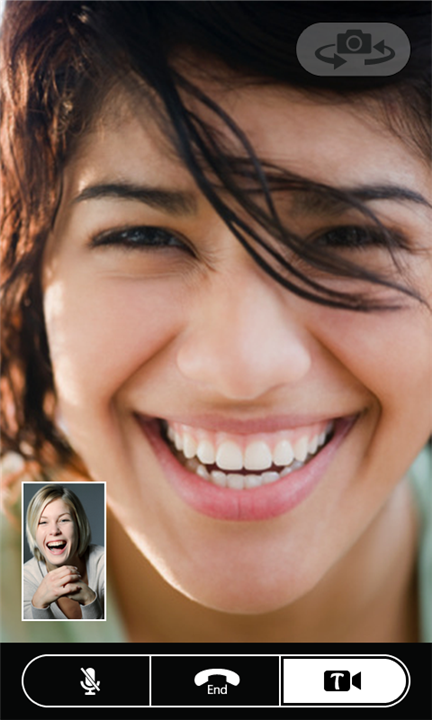 As promised a few weeks ago, the video phone application company Tango (not to be confused with the reported code name for the next Windows Phone software update) is now available to download from the Windows Phone Marketplace. The free app is the first video chat program for owners of smartphones that are running Windows Phone.

As you might expect, the Tango app allows people to call anyone for free if that person is also using their own version of the app for Windows Phone, iPhone, Android or PC. Even though Microsoft bought itself its own video Internet company, Skype, for $8.5 billion last May, so far the Skype division has yet to offer its own Windows Phone app to consumers.

While Microsoft reportedly helped Tango out to get its Windows Phone program to smartphone owners, it has to be said; this development is slightly embarrassing for Skype and indirectly for Microsoft. The Skype development team could have been working on their own app for Windows Phone while the Microsoft acquisition was going forward. The fact that a rival company has its own Windows Phone app out first doesn't make a lot of sense to anyone.

Furthermore, there's still no indication on when Skype will ever release a Windows Phone-supported app. The lack of information from Skype and Microsoft on this front is a little worrisome to owners of Windows Phone-based devices.  Microsoft needs to make a statement soon about the status, if any, on Skype's own Windows Phone app.